Tractebel Engineering has replaced a crane at the Tihange 2 nuclear power plant in Belgium with a bespoke Single Failure Proof (SFP) crane.

The crane is used for handling spent fuel casks and following a review of new safety requirements, the existing crane had to be upgraded to meet the current standard.

The main technical challenge of the project was to design a fully redundant 105t SFP crane that complies with all the requirements of the SFA American standard (NUREG-0554) and is fitted with fully-redundant hoisting devices, each being able to sustain three times the maximum critical load (MCL). Once designed, the crane also needed to be installed into a confined space.

After conducting the prefeasibility study, Tractebel Engineering then sub-contracted the feasibility study to Bemanu, a Belgian company performing mechanical maintenance on cranes at Tihange.

The order to supply and install the new crane was then awarded to Apilec, a Belgian company involved in electrical maintenance on cranes and crane refurbishment. Apilec sub-contracted the detailed design, manufacturing, fabrication and factory acceptance test of the crane to Spanish company Taim Weser. The fabrication of the crane was carried out at Taim Weser’s workshop in Zaragoza.

Because Apilec specialises in electrical components, the mechanical part of the on-site installation was sub-contracted to Bemanu.

Due to the limited space at the installation, the safety brakes of the crane were placed on the high-speed shaft rather than on the rope drums. This forced the engineers to classify all parts of the hoisting devices from the attaching point up to the gears as safety parts, to meet the SFP American standard. Even the gears had to be oversized, so that each gear can sustain three times the load without permanent deformation.

During factory acceptance tests, all redundant parts had to be submitted to an overload test of 200% the MCL, and the non-redundant parts to a test of 400% of the MCL (420t).

The dismantling of the main platform of the existing crane was completed with less than a metre of space between the dismantled parts and the surrounding walls and doors. The installation of the new crane, which measured around 4m by 4m and weighed more than 4t, was then installed with such precision that only 22mm of space surrounded it. 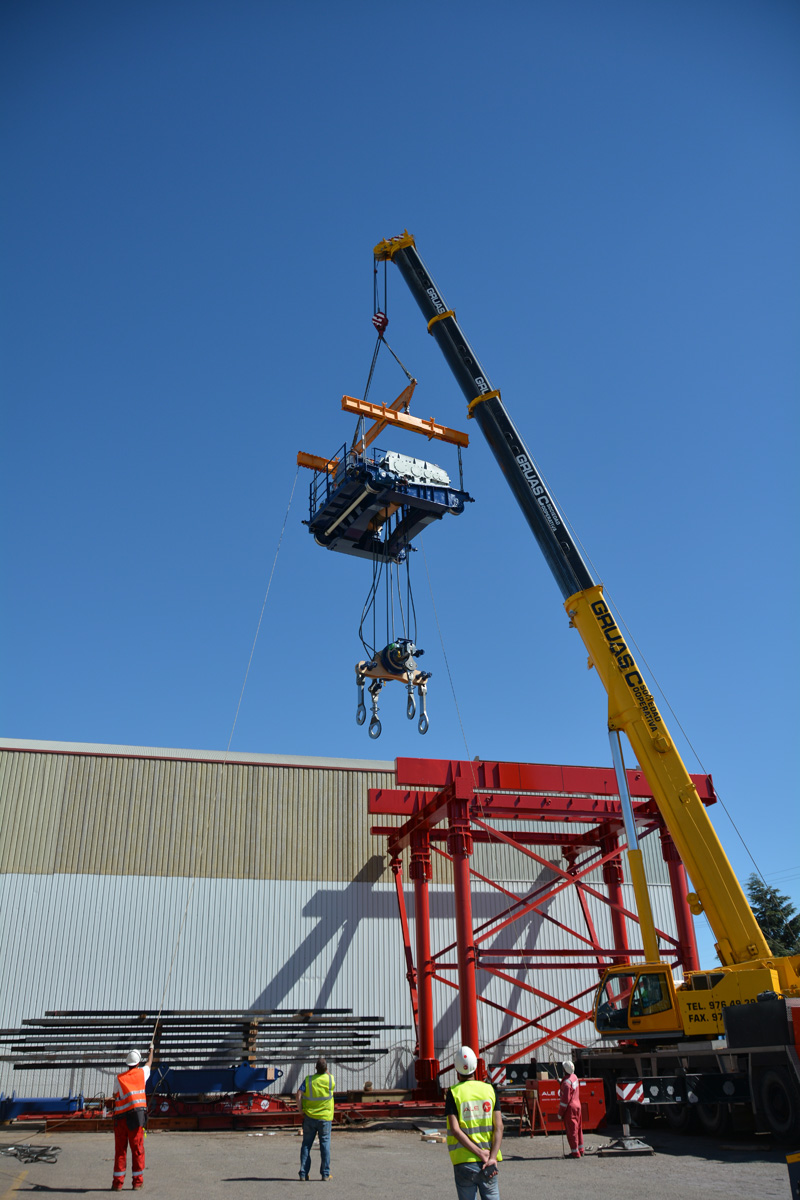