The New York Blower Company has been in operation since 1889, manufacturing commercial and industrial fans and blowers for making locations such as industrial buildings, subways and commercial spaces more safe and comfortable by regulating temperatures, removing pollutants and collecting dust.

In 2017, the company broke ground on a 30,000ft2 manufacturing facility in New Castle, Pennsylvania, where some of the company’s largest products would be produced, including fans and components with diameters of 16ft and weighing nearly 40t.

Some of the larger fans need to be lifted by crane and manipulated in three dimensions, so that all sides of the fan housing, which can weigh more than 20t, can be accessed and welded.

Before the New Castle facility was set up, the company would flip and turn smaller fan housings either by using a single crane with one hoist, which left room for safety errors and potential damage to the crane, or by using two separate cranes, if the cranes could be moved close enough together to make the load turn possible.

Both of these solutions came with problems, with the cranes not built to handle the stresses of load turning. When planning the new facility, therefore, New York Blower approached long-term crane service and installation partner Hoosier Crane Service Company for advice.

The load-turning cranes supplied are designed to enable heavy loads to be rotated and flipped, with each crane incorporating two hoists to distribute the weight and to allow the load to be manipulated in a straightforward manner.

R&M, as a long-term supplier to Hoosier Crane, worked with Cook’s team to design a bespoke solution for New York Blower. Hoosier produced four cranes with R&M load-turning components to the facility, two with 40t capacity and two with 20t capacity.

The results have included load turns being completed much more quickly than before, and with fewer workers required for each load turn—from 4–6 staff down to one or two. 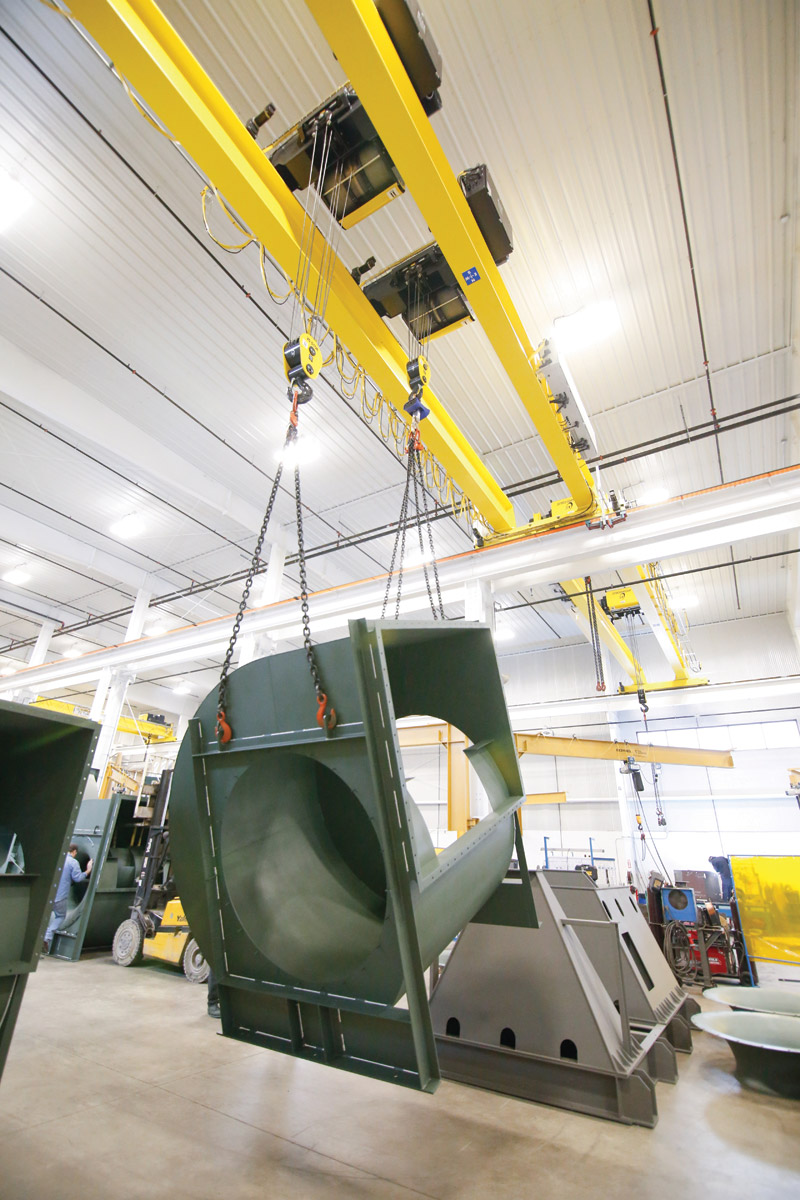