The trolleys, which are fitted to an I-beam and typically paired with a manual or electric hoist, incorporate patented width adjustment and locking mechanism, as well as glow-in-the-dark decals. They require no tools for installation, says the company, and are suited to applications where quick installation and durability are required.

The unit was initially launched in 0.5t and 1t capacities; Oz has now added 2t and 3t models.

Steve Napieralski, president at OZ Lifting, said: “The width adjustment system makes the trolley one of the fastest and easiest to install in the industry. Manufacturers sometimes have different standard I-beam widths, whether that is on a jib crane or gantry crane. There are also some building sites that utilise wide[r] flanges.”

Conventional trolleys use a number of washers, known as spacers, to adjust the flange width. Napieralski said: “This cumbersome system makes setting the trolley up very difficult and sometimes dangerous, especially when you get into the larger capacity trolleys. You must have an equal number of washers, so the bail is centred on the beam. Oftentimes, washers are lost, and it makes setting the trolley up in a safe manner difficult as the bail may not be in the centre.”

The trolleys are used in a range of sectors including the construction industry, which inspired the inclusion of glow-in-the-dark decals on the open and close directions, and on the measurement ruler system that shows the width to which the trolley has been adjusted.

Napieralskisaid: “It is a typical industry where maintenance jobs, for example, would require the trolley to be installed-uninstalled multiple times. We were showing the clamp to a [construction] worker in the Chicago area and he suggested the idea of glowing decals. He said that frequently when he is installing a trolley there is limited light and the feature would make for a simpler and safer install.”

The trolleys also feature side plates that cover the wheels, protecting them in the event of a collision or if an item is dropped onto the wheels. 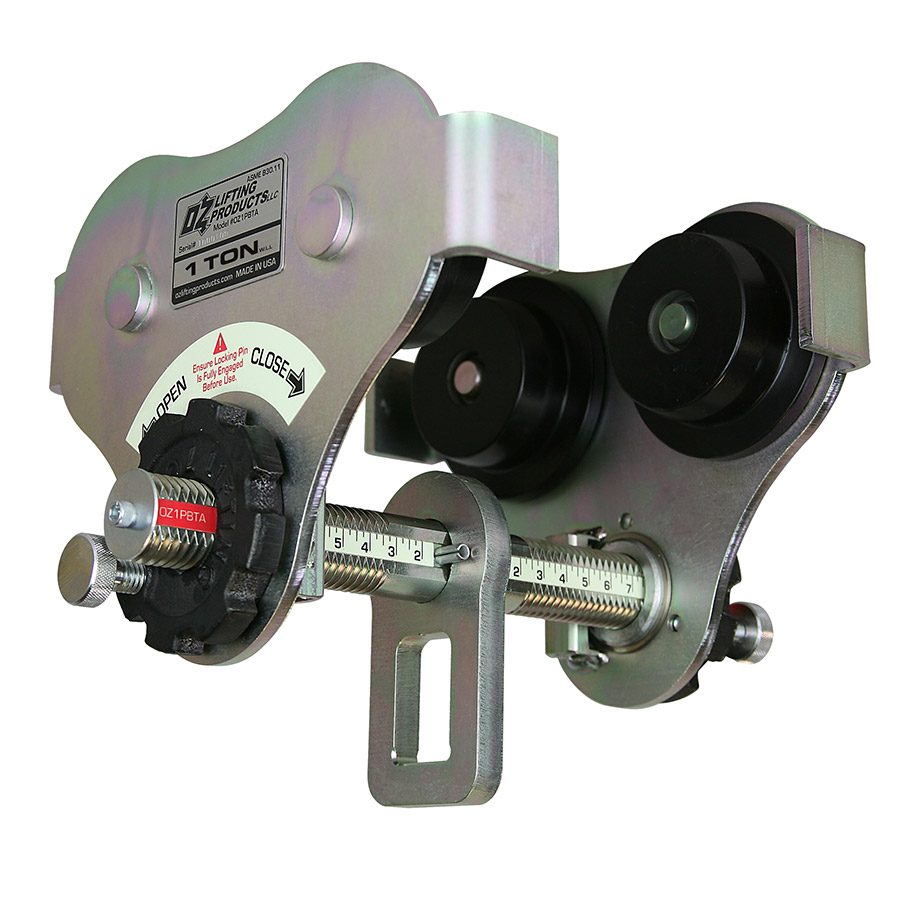