Bright idea for slings from RSS

Rope and Sling Specialists (RSS) has secured exclusive distribution rights in the UK for Miller Weblift’s range of slings with reflective strips.

The range, called Glow, was previewed at last month’s LiftExshow, with its official launch set to take place in the New Year.

The slings, which are initially available in 3t and 4t capacity, are manufactured with reflective yarn, making them suitable for use in low-light conditions in sectors such as tunnelling, rail, and oil and gas.

The inspiration for the project came during a visit to a major infrastructure project in London by the project’s founder Tony Teeder, major account holder London and south at RSS.

“I was with representatives of Miller Weblift and the tunnels project where we were working at the time and in my line of sight were both a safety harness and a synthetic sling,” said Teeder.“I considered the benefits of replicating the reflective stripes on the harness on slings for use in darkened areas. Upon further investigation, it emerged that, first, there was no reason why it couldn’t be done and, second, it wouldn’t conflict with any standards, guidelines, or protocols that the lifting industry must adhere to.

“I’ve never known anything like it in the marketplace before. I’ve seen the finished product and was immediately impressed by the appearance and functionality on projects that have to operate around the clock or away from natural light. It’s potential game-changing for the lifting industry and I’m looking forward to delivering the Glow slings initially to my tunnels contacts but then further afield in due course.”

The rescue harness that inspired the development was marketed as RGH5 Glow by RidgeGear, a Miller Weblift sister company. Roger Hamilton-Smith, area sales manager at Unitex UK Ltd, the firms’ parent, said: “Slings are the natural next phase to implement the glow effect and RSS represented the perfect platform from which to move forward with the project. Following a number of extensive joint trials between the companies, we arrived at the final product, which captures Tony’s vision whilst delivering on the quality for which we are renowned.”

Three reflective stripes, which do not negatively impact the strength of the rigging product, run the full length of the sling. Hamilton-Smith explained that adding the reflective yarn gives the slings “a vivid glow property,” making them easily identifiable in low light conditions, leading to inherent safety advantages. 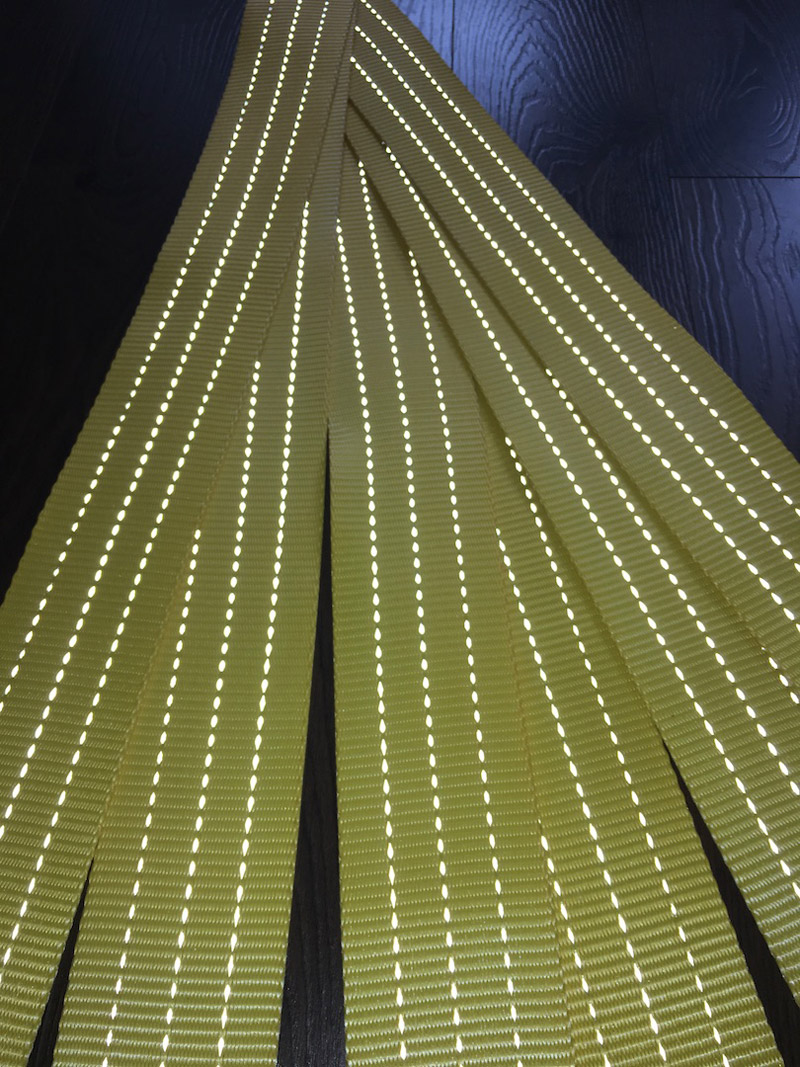