Straightpoint on the road to expansion

Straightpoint, the load monitoring technology specialist, has targeted 30% annual growth in its USoperation as part of a five-year expansion strategy. Hoist speaks to the company about its plans.

Straightpoint, which offers a range of force measurement, load monitoring and suspended weighing load cell technology, is focusing on a number of US trade shows and events to help grow its Straightpoint Inc subsidiary.

In addition, the company will also have a presence at a number of other conferences and exhibitions before 2014 concludes, including NACB's annual Professional Development Conference in Las Vegas in November.

David Ayling, director of Straightpoint, explains that US expansion has always been a key goal for the business.

He says: "We have moved to a new U.S. premises in Camarillo, California and welcomed three new staff. It is important that we support this growth by giving existing and potential customers a brand they can identify with, which is a slow but meaningful process involving an ongoing presence at the right trade shows and events.

"It is no secret that we want to expand further and have additional facilities, starting with one in the Houston area. We have the products to achieve that growth." Central to the company's new product range is the latest iteration of its wireless tension loadcell, Radiolink Plus, which was unveiled earlier this year. Product development

The product features a new chassis and circuitry. In addition it features a streamlined form, which achieves IP67 protection, which is claimed to make the loadcell more practical than previous versions.

The battery section of the Radiolink Plus also features reverse polarity protection that shields the cell from damage if the batteries are inserted the wrong way around, while the square corners of the loadcell have also been replaced by a new design.

This revamp is said to give the product greater ability to move in a clevis, which is widely used within marine, rigging, automotive, aircraft, offshore and construction industries.

Elsewhere, the product features a new internal antenna mount that ensures the user has a 360-degree range to read loads. Retained elements of the loadcell include the inbuilt audible overload alarm for when lifted items are nearing their maximum load, a battery life of 1600 hours; damage and weather-resistant internal antennae as well as a structure made from high-quality aircraft grade aluminium.

Ayling says the new Radiolink Plus is one of "the safest and most robust load measurement products" available on the market.

"With its enhanced weather resistance, new electronics and streamlined design, it's ideal for use in the most hardcore of applications, whether on long-term projects or one-off applications through our hire division," he explains.

The Straightpoint director is frank about his vision for the company to become synonymous with the safe and accurate measuring of loads in the U.S. and across the world.

As a result, he reiterates the importance of maintaining a presence at the industry's leading and most well respected trade events. The company has worked in close collaboration with Straightpoint Inc. general manager John Molidor to organize tradeshow strategies, looking favourably on the co-location of a product exhibition with a conference or educational sessions.

"We find conferences attract the right kind of audience, Attendees tend to be people with open minds who want to educate themselves. If they show a willingness to learn it often means that they are more engaged in the industry than simply choosing product based on price. We prefer smaller, niche exhibitions with educational seminars available onsite," he explains.

According to Ayling, another set of criteria that he uses to judge a trade show is the number of distributors he is able to engage with over the event, with the last SC&RA Crane & Rigging Workshop proving to be a particularly worthwhile example. He says: "It was our first SC&RA event as an exhibitor and we were impressed on a number of levels. It gave us a real sense of the size of the organization and how important it could become to achieving our growth targets for Straightpoint Inc.

"It was very well attended but everything worked like clockwork. From the exhibition area to functions and events in the evenings, we were given the tools to interact with key people in an environment conducive to networking and introducing our products and services to a receptive, interested audience. We definitely plan to be at the 2015 Crane & Rigging Workshop in Denver next September."

The company's new facility in Camarillo, California marks the start of a new period for the business, five years after it initially entered the North American market.

General manager Molidor says the new location was chosen largely due to the practicalities of square footage, price and proximity to the previous location for ease of relocating inventory.

However, the move was catalysed by the UK operation, which has high growth expectations for its US subsidiary.

He explains: "We have spent five years positioning ourselves in the marketplace and conducting a thorough analysis of the North American rigging industry. I am having conversations with professional engineers on a daily basis and we have a clear sense that the business has evolved to a point where we are entering a new phase of development. It is the dawn of an exciting new era for us and the new facility is very symbolic."

"The Camarillo property is dedicated to sales, marketing and distribution of Straightpoint products to North, Central and South America. It serves our rapidly growing customer base very efficiently. The large inventory and skilled staff allow same day order processing and in most cases same day dispatch."

Not ones to rest on their laurels though, the business already recognises that the ongoing success of the business will be underscored by growing market share, explaining that Straightpoint currently holds only a small fraction of the North American load monitoring market despite the fact that our product is so widely acclaimed for its capabilities.

And for Ayling and Molidor, they make no secret of the fact that they have high hopes to expand the business further to a more central location in the future. But for now, its new home ticks the boxes.

"Houston is the undisputed leader in domestic and international business. Most of the industries we serve are domestically headquartered in Houston. There is no better location to serve the North American load monitoring market," concludes Molidor 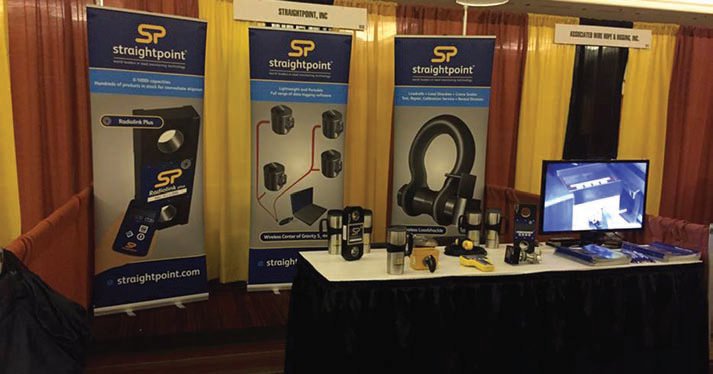 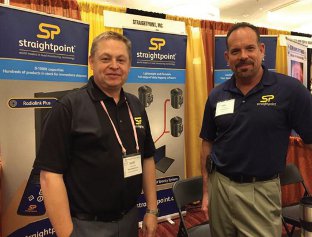