The machinery, which weighs approximately 950 tons fully assembled, standing at a height of nearly 100 feet tall and 335 feet long can be used to stack and handle bulk materials into large piles, such as limestone, coal and grains.

PSC oversaw the multi-modal relocation of the stacker-reclaimer: disassembling the machine into logical parts, securing it to a barge, determining the best route, transporting it via barge to Mobile, receive and offloading in Mobile and transporting the components to a staging area for further restoration.

According to PSC’s project manager, the challenge was figuring out the best route for moving the machinery and determining the safest and most practical mode.

The largest components had to travel via barge, as they were too large for over-the-road transport. To make it to the final destination, the barge would have to travel north via Lake Erie, the Niagara River, Lake Ontario, St. Lawrence River, through Quebec City and through the St. Lawrence Seaway. It would then finally turn south via the Atlantic Ocean, around the southern tip of Florida and through the Gulf of Mexico to the Port of Mobile.

With the barge route determined, the machine was disassembled, and the smaller parts were inventoried and prepared for hauling to Mobile, AL over the road. PSC’s task was to assure the move was made safely and expeditiously. Some eight trucks hauled the smaller equipment components and parts.

After the machine was disassembled into six large pieces, they were prepared for barge shipment. The main components were lifted using a Manitowoc MLC 300 at the Port and lashed to PSC’s Goldhofer self-propelled modular transporter (SPMT) to roll onto the barge for placement.

For the tailing piece, which was the largest and most awkwardly shaped, PSC’s team had to make many special considerations. Due to the center of gravity, PSC engineered a beam and stand system that was secured to the SPMT. This allowed the piece to be level for transport. PSC used 12 lines of its Goldhofer transporters with two power packs.

A third-party engineering firm worked with PSC to determine the barge lashing plan. Because the route was considered a “blue water” transport, much more lashing and load securement was required.

The barge left Ashtabula mid-November 2021. Winter weather delays cost the trip about 20 days. The barge could not travel in high winds and ocean swells in excess of eight feet. The barge pulled into the Port of Mobile mid-January 2022. Once the barge arrived at the Port, PSC’s team was there to receive and begin the offload operation. 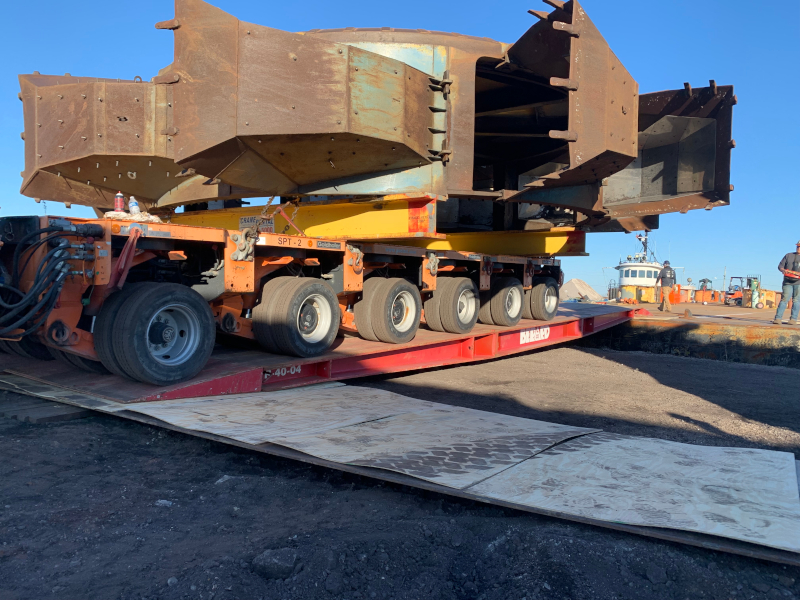 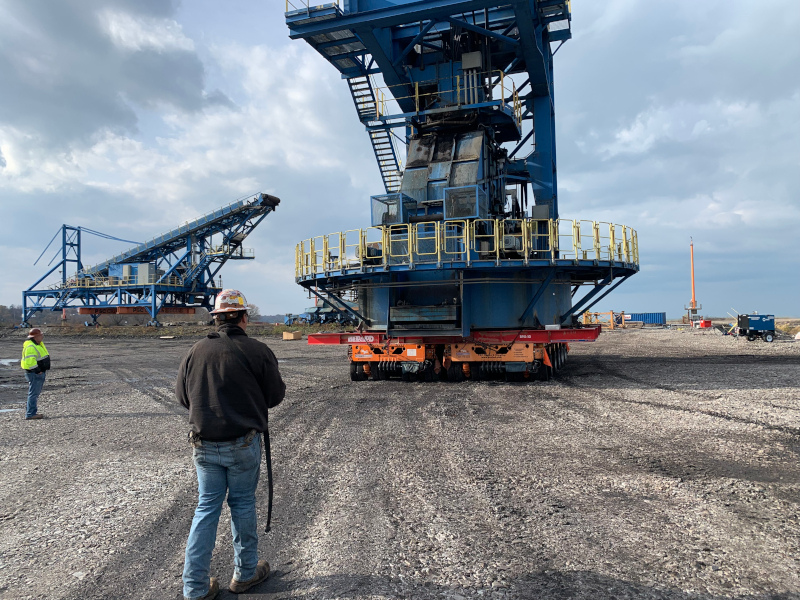 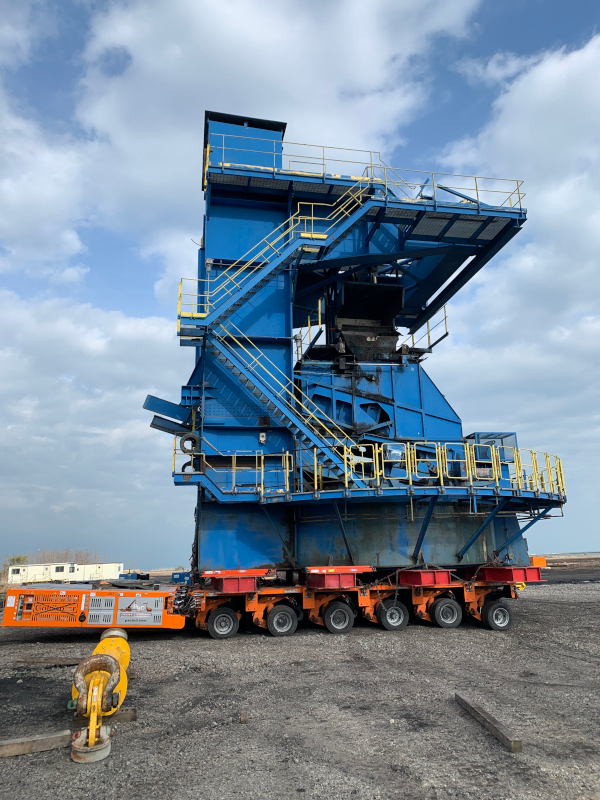 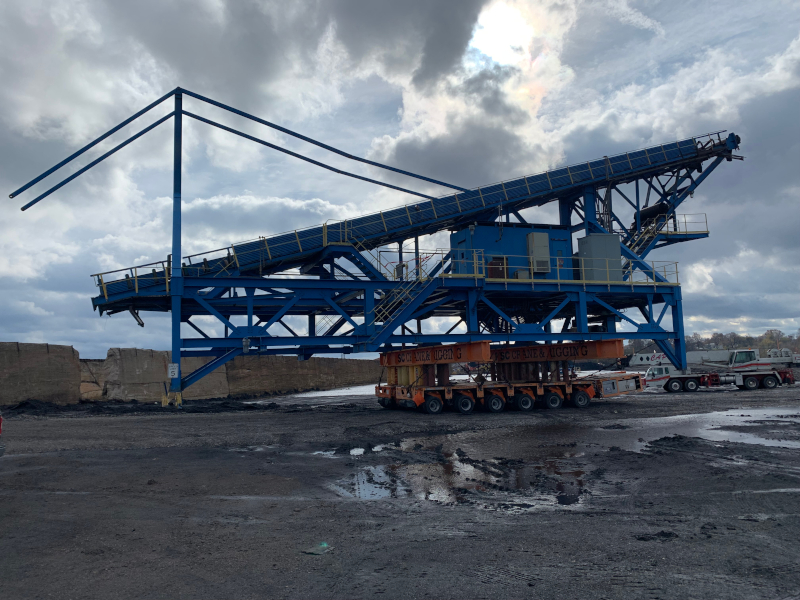