GH Cranes has launched the GH70e, the first electric marine boat hoist from its e-Motion series.

The product has a capacity of 65t and is equipped with a modular battery system that replaces the diesel propulsion system of conventional marine boat hoists, while an electric circuit – as opposed to a hydraulic circuit – drives the movements.

It is aimed at customers with marinas and boatyards who specialise in bringing boats into dry dock for repairs and winter storage.

Ander Etxebarria, director of the GH e-Motion Business Unit, said the hoist will offer this type of customer numerous benefits, with the removal of the diesel engine eliminating CO2 emissions and high noise levels, as well as oil leaks, which he described as “a sensitive issue for them since they are companies that work by the sea”.

Etxebarria also highlighted the GH70e’s versatility, due to its electronic turning system and its variable span: “These two functionalities… allow us to fit more boats in fewer spaces and, in this way, increase the density of boats in the boatyard.”

Meanwhile, an autonomous solar panel support system is designed to recharge up to 20% of the daily energy used. “In this regard,” Etxebarria said, “some customers, after a use of the machine that is not very intensive, [will not need] to charge it for several days, thanks to the contribution of the solar panels.”

Incorporating the solar panels into the electric marine boat hoist itself is the result of GH’s search “to provide the market with a more sustainable alternative for its products”, said Etxebarria.
“At GH we have been clear about our responsibility as a company for a considerable number of years, and we continuously work to leave the smallest footprint possible both during the manufacture of our products and throughout their useful life and when they are scrapped,” he added.

Etxebarria regards the launch of this hoist as a worldwide milestone because while “there are electric marine boat hoists that have made the transition from hydraulic to electric, there are none with a scale comparable to the one that we have produced”.

In addition to the electric marine boat hoist, GH says it also has an electric hoist on the market aimed at the industrial sector. 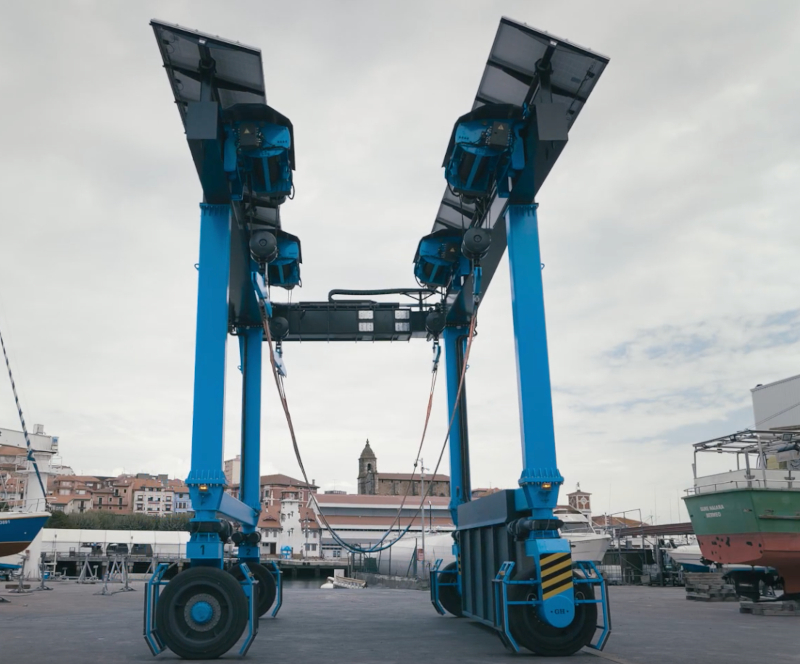 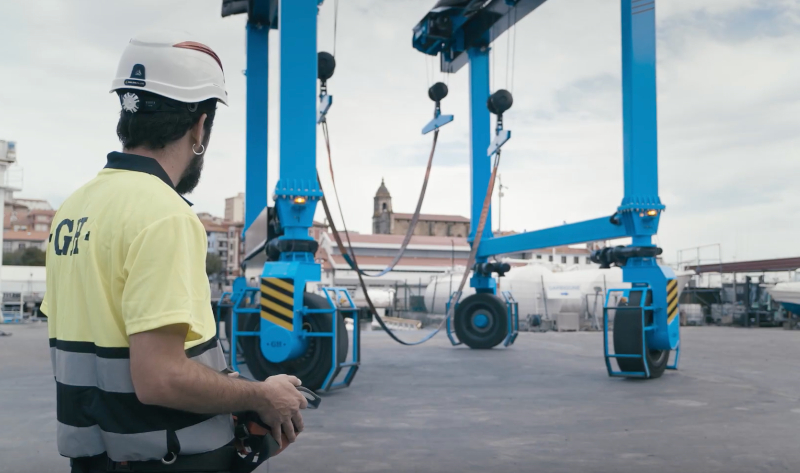 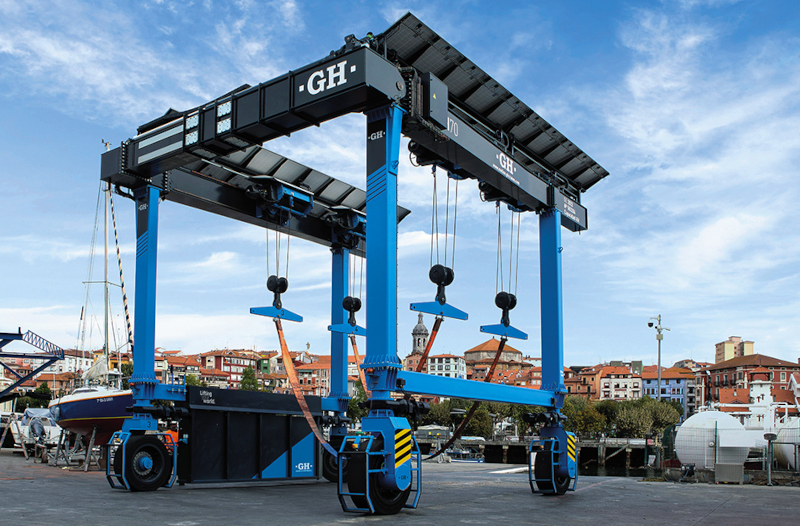 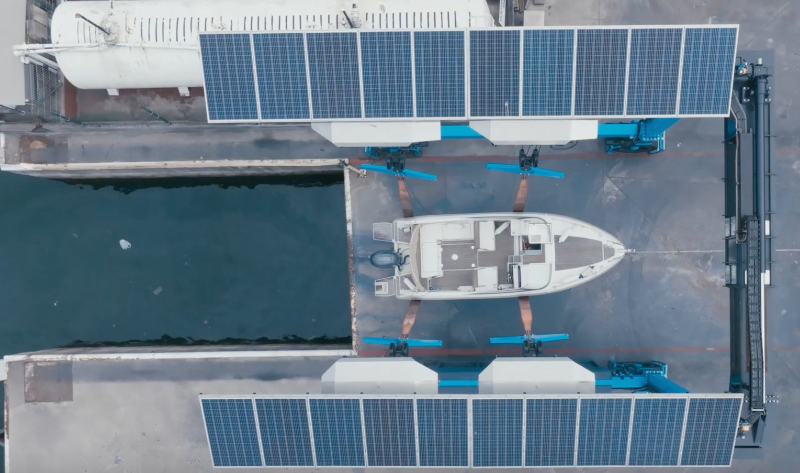