Rigging and hoist equipment needs to meet an increasing number of exacting demands to stand out from the competition, Tim Sheahan looks at some of the latest developments

Tike many aspects of the construction industry, rigging customers demand productive and effective products that adhere to stringent health and safety guidelines. With safety the forefront of many client's agendas however, such investments cannot simply be dictated by the price tag on the product in-hand.

Safety and comfort is high on many agendas so many manufacturers are concentrating on lightweight, ergonomic components constructed from materials that are easy and comfortable to use in any situation.

According to Konecranes, these products are designed for use in environments where electricity is either unavailable or impractical. Available in a wide variety of load ranges, the models comprise alloy steel chains as well as brakes that feature two friction discs. These provide four braking surfaces as well as an enclosed design to prevent dirt damage.

All four products comply to ASME B30 standards and are available with non-standard lifts for use in hazardous environments.

Elsewhere, Red Rooster has expanded its range of hoists with the addition of its TCS-500 high-speed air hoist. This new configuration is pitched as a high-speed, low weight version of the company's TCR- 250 hoist.

The single fall 500kg TCS-500 weighs less than 16 KG and has a closed height look of 410mm. According to the manufacturer, the hoist can lift at rates of 17m/min with a full load, a speed that increased to 43m/min when unloaded.

The addition of new speed adjustment screws enables the operator to independently adjust lifting and lowering speeds. In addition, the TCS hoist can be supplied as hook suspension or equally, built into the firm's portfolio of push, pneumatic, or geared trolleys.

The TCS air hoist can be supplied with cord control or a shockproof polycarbonate pendant control, this features an infinitely variable speed control that is claimed to offer "superb control" for accurate positioning.

The hoist can be used at a range of speeds and when partial loads of less than 30% are handled, the hoist speed can be doubled. Equally, the hoist operator can adopt lower speeds when specific, precise load movements are required.

According to SWF Krantechnik, the ChainsterGT uses load summation, which calculates the remaining safe working period while overhead protection is also guaranteed both mechanically and electronically.

In addition, the new product is available with an upper hook as standard, which makes it suitable for loads up to 2,5000kg, while push trolleys and motor trolleys are optional extras.

Central to the design of the system is a wireless shackle equipped with a high accuracy load pin that is able to report data wirelessly to a computer or a handheld display. The system is able to monitor multiple loads and trigger an alarm should a load exceed a preset parameter.

"BroadWeigh has been especially developed for riggers to provide simple, effective, accurate and easy to use load monitoring," said Jonathan Purdue, Business Development Manager at Mantracourt.

"BroadWeigh easily enables the monitoring of the individual loads on each suspension point in a lifting operation. This information facilitates the correct balance and distribution of load. In addition it can provide early warnings prior to overload or under-load situations before an accident occurs. The system also accommodates a wireless wind speed sensor (Anemometer) that can operate alongside the BroadWeigh shackle and base station. This enables the monitoring of wind speed in conjunction with actual loads in one simple system. With a wireless range of up to 400 m, this device features a power saving mode between transmissions to maximise battery life in the field.

While J D Neuhaus has made name from the manufacturer of heavy-duty air operated handling equipment, it has also enjoyed market success with its two ranges of lower duty hoists that can handle payload ratings from 125kg up to 1,000kg.

The firm's JDN Mini series comprises models that are available for payload ratings of 125, 250, 500 and 980kg. Each hoist is equipped with single top suspension hook that, when coupled with optional trolley mounting, can provide overhead rail suspension.

Away from the field of equipment manufacture, the Lifting Equipment Engineers' Association (LEEA) made inroads into the Chinese lifting industry after completing its first on-site audits of prospective members in the country.

The audit covers a raft of issues as prospective members. This includes analysis of the use of appropriately trained staff, the availability of suitable and correctly calibrated test equipment, effective material control, traceability and identification procedures.

Geoff Holden, chief executive of the LEEA, said the recent visit of its officer to assess the potential members in China marked "another milestone" for both the LEEA and the global lifting industry as a whole. "There is growing recognition of the need for higher standards of professionalism," he adds. 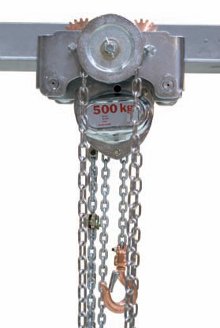 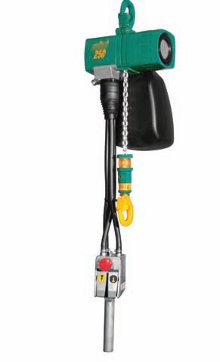 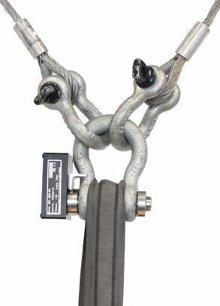