It has often been considered that when the economy sneezes, the market for controls inevitably catches a cold. However, this resilient sector continues to grow and, in many cases, prosper, despite the challenging economic landscape.

According to John Jackson, Telemetry Product Manager at Radiometrix, the Middlesex company has experienced demand for radio controls initially dipping in the period after 2008. But, as the global economy struggles to its feet, the market has become tidal: ebbing and flowing with general economic changes in Europe as a whole.

Across the waters, Mitch Dahmer, Sales and Marketing Manager of Canadian company, Industrial Power & Control, argued that the economic downturn has had an impact on everyone in the industry.

He said: "From what I observed, most exposed were organizations offering single product lines to a small number of customers. Industrial Power & Control offers a very wide range of products and is fortunate enough to have several thousand active customers. This helped to dilute the negative impact somewhat. While one product line may have suffered, another one would make up for it."

Dahmer added: "In this business, there's always that one 'hot' item - even in a downturn. Figuring out which item that is ahead of time is the trick. Contrary to what many organizations did, Industrial Power & Control actually increased our inventory levels during the downturn.

While others rationalized inventory to save cash, we recognized the opportunity to fill more same-day / rush orders. We strive to appeal to customers faced with break-downs or other equipment failures that require urgent / immediate attention. We never want to be the reason behind why a customer's start of production is delayed."

Christian Kugler, Key Account Manager at HBC-radiomatic, said that to some degree some radio control companies may in fact have benefited from the recent economic downturn.

Kugler said: "Concerning the current economic uncertainty, we see ourselves in a good strategic position. This has a lot to do with the crucial benefits of radio technology. The downturn of some markets has forced many companies to focus on reducing costs by increasing their production efficiency. And increasing efficiency is exactly what radio controls can help you with."

Despite the economic lethargy of recent years, the market for remote continues to see its fair share of innovations.

He added: "In the last few years, we have introduced completely new radio controls with a color display allowing for the indication of various crane data such as load weight. This results in significantly enhanced safety and operating comfort. As another top innovation by HBCradiomatic, the color display can now be used to show video camera signals allowing for the safe crane control in areas with limited view."

Regarding industrial cranes and machinery, HBCradiomatic has recently unveiled what it describes as a 'ground-breaking' operating concept.

"With our new radiomatic pilot transmitter, the operator can control the crane by simple hand movements. By this new device, crane and machine control becomes intuitive and is easy to learn."

Mitch Dahmer said: "In my opinion the most significant development in crane controls has come as a result of increased attention to overhead crane safety. Responsible corporations have recognized that a safe work environment is an investment not an expense. Products like SAF-LIFT wire rope overload limit switches are inexpensive and easy to install. They offer basic feedback assuring operators and plant managers that their equipment is not being overloaded."

Over recent years companies like Radiometrix have witnessed significant changes in the development of remote controls used by cranes.

Jackson said: "We have one manufacturer who is changing from a transmit-only handset (and receive only crane control) to a transceiver which allows them to verify that the signal has been received and therefore a repeat message is not required. This gives a closed loop system and, although it means that the hand-held uses more power (as it needs to keep the receiver on for longer), it is a much more robust technology to ensure the crane or hoist gets the right message."

The increase in demand for radio controls with data indication seems to be a forgone conclusion while the long anticipated development of dual frequency transceivers is also a technology hovering over the horizon.

Jackson said: "We may well see dual frequency transceivers to ensure that if one frequency is temporally blocked the control can be moved instantly to another channel seamlessly without disruption. This is particularly important as more and more devices move over to radio and the possibility of interference grows. Also scanning techniques to ensure a clear channel spacing."

He said: "Initially we saw conventional pendant control stations being replaced with something like the Summit Series radio controls from Control Chief. From there we see devices like infra-red collision avoidance and even wireless limit switches replacing wired limit switches / festoon control cable."

With technology in controls advancing at a rapid pace manufacturers are constantly developing new product lines to meet consumer demand.

A case in point is Radiometrix's new SFX2 radio . Jackson told Hoist: "The SFX2 was designed with a Swedish customer in the crane manufacturing industry to fit into their handheld to allow feedback and a closed loop system for control. The high power output enables then to ensure that the signal will get through despite some potential interference. Our differentiation here is that it is a category 1 receiver which is a big advantage to enable the signal to be received. It sends out a signal of 500mW which, when compared to controls which transmit 10mW, there is a massive difference."

Mitch Dahmer explained: "One of our biggest achievements as a business in recent years has been the strong performance from SAF-LIFT wire rope load limiters. This is a low cost, easy to install alternative to more complex load cell technology. Differentiators for SAF-LIFT versus all the other load limiters are price, size, lead time and ease of installation.

"SAF-LIFT list price is just over $1,000 while load cell systems can range anywhere from $5,000 - $15,000. The size is another key factor in its success - it only requires 5 ½ inches of headroom on the dead end of a wire rope hoist. Usually, it can be installed without compromising a hoist's maximum lift height. Finally, we can have a unit assembled, calibrated and shipped same-day. This is particularly important for end users. Occasionally, we find load limiters are purchased following a near-miss incident or an obvious crane overload occurrence. In these situations, lead time to resolve the incident can be critical and next-day delivery can be the deciding factor. As compared with custom fabricated load cells that can take months to deliver, next day delivery is nothing short of exceptional."

Looking to the future, Jackson added: "We aim to offer in the next couple of years products which can be used in the crane control environment and to make it easier by using standard interfaces such as USB to ensure that we make it easy for the control developer to design in the product. We also expect to interface to logging equipment to give readouts of usage and diagnostic information sent from the crane via radio."

As further proof that innovation has become a key factor in controls, HBCradiomatic holds up its new new radiomatic pilot transmitter as setting a new benchmark for the industry.

Christian Kugler said: "This device is based on a revolutionary operating concept that has not been seen in the crane control market before." 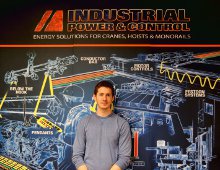 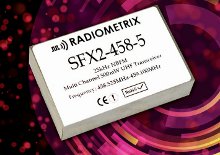 The SFX2 was designed with a Swedish customer in the crane manufacturing industry. 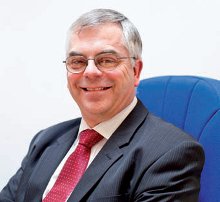 Significant changes in the development of remote controls used by cranes.

We also expect to....give readouts of usage and diagnostic information sent from the crane via radio. 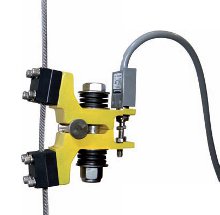 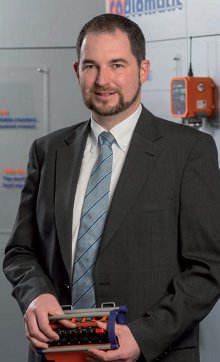