As work on the world’s largest International Thermonuclear Experimental Reactor (ITER) progresses, we look at the cranes assembling the machinery inside the Tokamak.

Work is steadily progressing on the world’s largest International Thermonuclear Experimental Reactor (ITER), with the recent assembly and installation of Poloidal Field coil #5 (PF5) and #6 (PF6) in the Tokamak pit in Cadarache, France.

In partnership with 35 Nations, Tokamak is a magnetic fusion device, designed to prove the feasibility of fusion as a large-scale and carbon-free source of energy. ITER wants to replicate the fusion processes of the Sun to create energy on earth for future generations, with the first phase of construction (Main assembly phase 1 & First Plasma) to be completed in 2025.

In the last couple of months, China National Nuclear Corporation (CNNC), part of TAC1, a China-France consortium, including the Institute of Plasma Physics of the Chinese Academy of Sciences (ASIPP) manufactured and delivered PF6, the bottommost magnet, which has now been installed in the assembly pit, a 350t coil, made from 11.5km of niobium-titanium conductor, which will serve as a superconducting magnet, and installation of PF5, produced onsite by The European Domestic Agency at ITER.

Sitting at the bottom of the machine, PF6 is known as the “divertor coil,” whose main function is to create the null field point that allows the removal of helium ash from the plasma. “The problem we faced was that the first two coils to be installed, PF6 and the much larger PF5, had to be delivered almost at the same time,” said Alessandro Bonito-Oliva, magnets programme manager, the European Domestic Agency Fusion for Energy. “As there was not enough space in the on-site winding facility to install two parallel production lines we discussed the issue with different Domestic Agencies and determined ASIPP was the best supplier.”

The overhead cranes have a double role to play in ITER, first in handling the machine components during installation then as part of the assembly phase. Construction started in 2013 and assembly of the Tokamak began in 2020.

The NKM Noell-REEL overhead bridge crane has the capacity to lift ITER’s heaviest components, including the cryostat sections (the cryostat base will be the heaviest single load at 1,250 tons) and the sub-sections of the ITER vacuum vessel (approximately 1,200 tons each).

Two sets of REEL bridge cranes installed at a height of 46 metres are the major lift and transport tools for delivering components from the Assembly Hall to the Tokamak Pit. The heavy-duty set (two 750t cranes) can work together to lift loads of 1,500 tons. The system is complemented by two smaller 50t auxiliary cranes.

“Although REEL has designed and manufactured cranes of all sizes and purpose, the order for a double 750t lifting system was a first. Until now, a standard order was in the 160t to 180t range but whatever the lifting capacity the architecture is basically the same. It’s a matter of calculating how to spread the load,” said Benoit Nakul, director, Nuclear Production, REEL.

According to Nakul, the first challenge when designing a crane capable of lifting such heavy loads is to keep the deadweight of the crane itself as low as possible to reduce the forces that are exerted on the building structure in normal operating conditions and to mitigate the consequences in case of a seismic event.

REEL handled the manufacturing of the four 375t trolleys but due to limited lifting capacity at its site in Villefranche-sur- Saône, fabrication of the four girders was subcontracted to Asturfeito in Spain.

“We’re dealing with structures that are almost 50 metres long, with tolerances in the millimetre range. Welding is a particularly delicate operation as the heat/energy loads involved can cause irreversible deformations, and we need to butt-weld 12m-long, 60mm-thick steel plates and still achieve perfect planarity,” said Nakul. “The girders that come out of the factory have a slight, deliberate curvature. This ‘counter-boom’ is precisely calculated to allow the girders, once in place, to straighten under their own weight. The design still allows for some flexibility as each crane will lift a wide range of loads, from a few dozen to hundreds of tons.

“The quest for the best ratio between deadweight and strength has resulted in a mass of approximately 600 tons per overhead crane (including the girders, their auxiliaries and the trolleys). This means we have a crane system weighing 1,200 tons that is scaled to lift up to 1,500 tons—25% more than its own weight. And this huge mass needs to be manoeuvred and positioned with millimetre precision.”

As ITER enters the next phase of development it plans to hold a Business Forum at Palais du Pharo, in Marseille, France, April 5 -7, 2022. 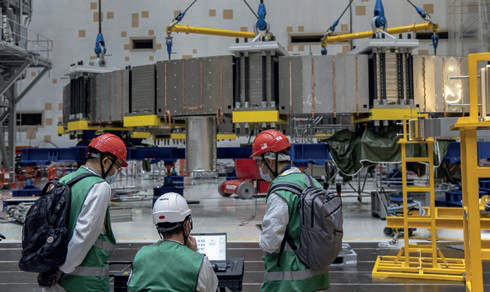 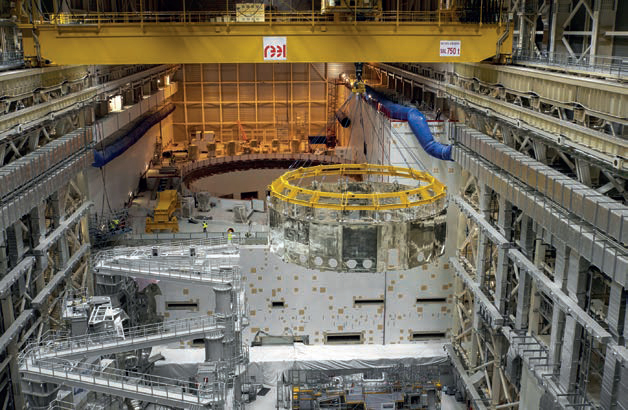 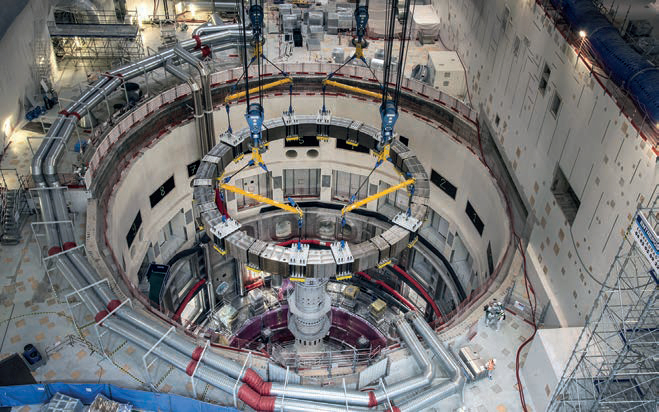 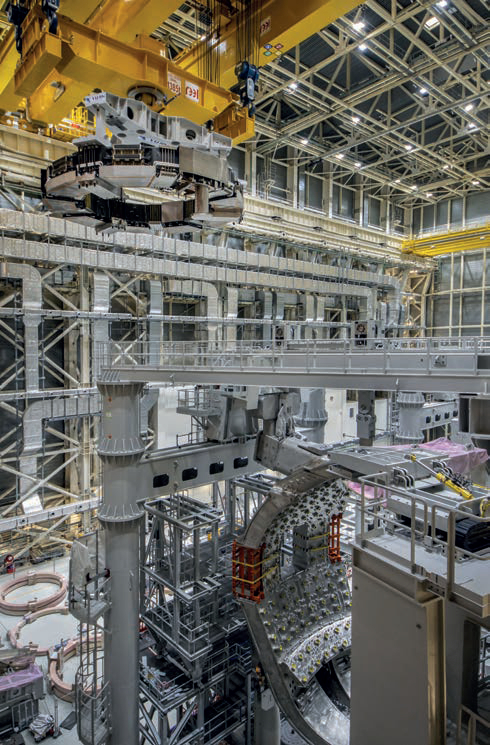 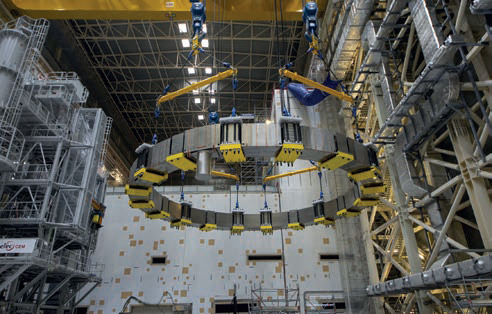 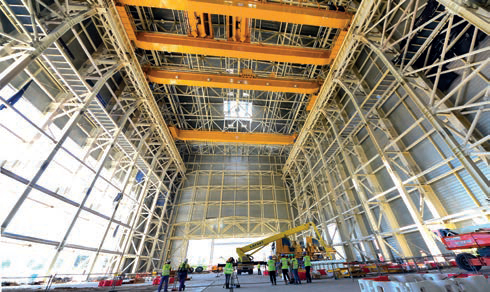