The United Launch Alliance (ULA) has used a four-point lifting sling, called the ‘Handling Fixture Hoist Tool’, to raise Boeing’s CST- 100 Starliner spacecraft to the top of the Atlas V rocket for the second Orbital Flight Test (OFT-2), to the International Space Station, on an uncrewed flight test for NASA’s Commercial Crew Program.

The return to the launch site comes after diligent testing and analysis work by the Starliner team, which became necessary when propulsion system valves did not open as designed during prelaunch system checks last year.

At the time of going to press, OFT-2 was scheduled for liftoff from Space Launch Complex-41 at Cape Canaveral Space Force Station, Florida, on May 19.

A successful OFT-2 flight would allow Boeing to proceed with its Crew Flight Test (CFT) mission, the first crewed flight of the spacecraft. Mark Nappi, vice president and program manager of Starliner at Boeing said Boeing could be ready to fly its CFT mission as soon as the end of the year.

“We understand we’re going to learn a lot from OFT-2, and that, and many other variables, will dictate where the final schedule falls with the launch of CFT.”

Steve Stich, NASA commercial crew program manager, confirmed that CFT could be ready to launch as soon as the end of the year. “We’re taking it one step at a time,” he said. “The best path to CFT is a successful OFT-2 flight.”

The Starliner travelled from Boeing’s Commercial Crew and Cargo Processing Facility (C3PF) at NASA’s Kennedy Space Center to ULA’s Vertical Integration Facility (VIF) for connection to the Atlas V in conjunction with a Kamag transporter, Kamag is part of Tii Group.

ULA’s motorized payload transporter, adapted to carry Starliner, moved at a top speed of 5mph, heading from the C3PF, a former space shuttle hangar, eastward to the beach and then southward to the launch site. The transporter deck also provided Starliner with environmental controls to keep its compartments in good health during the transport.

Approaching the VIF, the transporter maneuvered up to the 30-storey-tall building’s doorway and parked. The Handling Fixture Hoist Tool, was then connected to the Starliner for the overhead crane to carefully raise the spacecraft onto the Atlas V waiting inside the VIF aboard its mobile launch platform.

Starliner was positioned for mating to the launch vehicle adapter that serves as the spacecraft’s cradle on the rocket during ascent. The adapter also features the aeroskirt structure that smooths the air over the combined payload and Atlas V for aerodynamic stability.

Accommodations for Starliner in the VIF include a clean enclosure to enter the capsule’s crew module through the hatchway, access stands for technicians to detach the lift sling and complete preflight work to the spacecraft’s exterior, power and data transmission umbilicals, and purge and cooling lines. 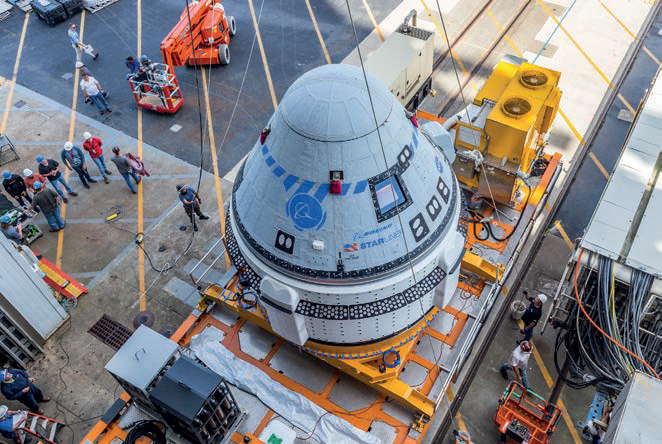 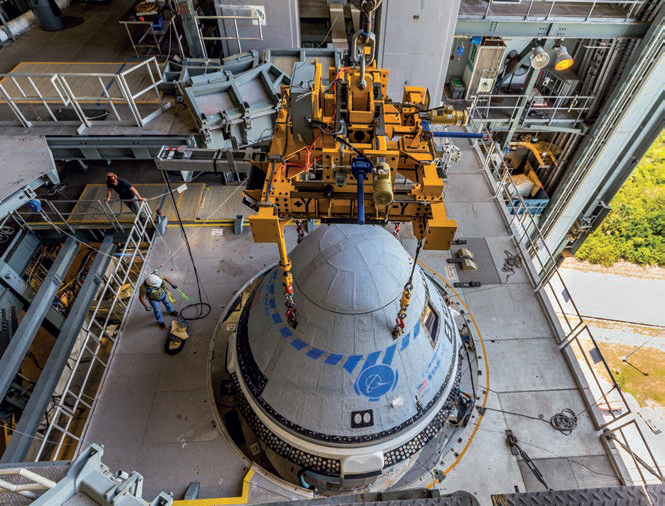 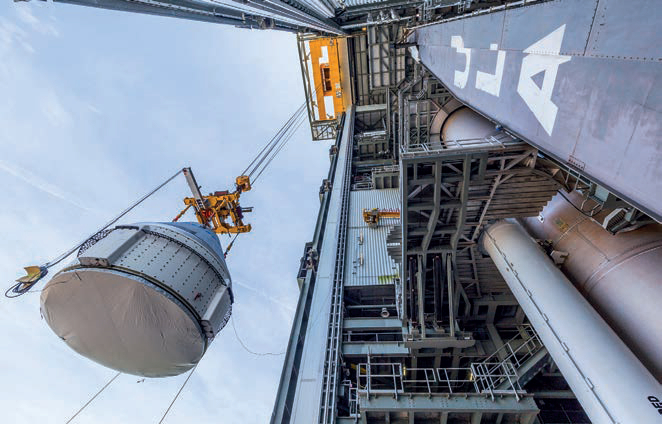 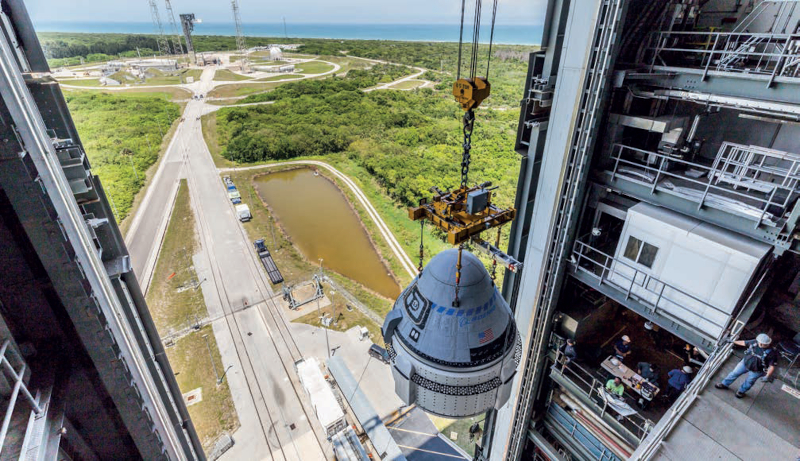