Birmingham-based national lifting equipment specialist Lloyds British Testing Group has seen a significant rebound in activities within the construction sector in the Middle East during the last 18 months. However, the energy sector has continued to remain resilient throughout the economic downturn. Therefore, the industry as a whole - with a mix between construction and energy - has avoided experiencing the deepest parts of any downturn within the region.

While growth within the energy sector has seen no significant obstruction during the financial decline, however certain projects in the region such as Kuwait still remain on hold mainly due to political rather than financial considerations.

The biggest challenge within the Middle East region for traditional crane manufacturers is the emergence of high quality, low cost products from India and China with a strong desire to expand out of their local regions into the global markets.

Looking ahead, 2014 should see a year of tremendous growth and expansion for Lloyds British Testing, driven by the demand of our existing client base which is a very positive sign within our economic sector.

"Lloyds British intend to expand within the Middle East and African regions with at least 3 more countries coming on stream within 2014, and further potential acquisitions should be right-fit for the business," says Ian White. "This will broaden our position as a key player within this market." 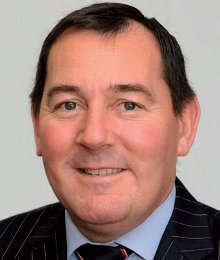