CERN, the European Organization for Nuclear Research, is using an automatic hook from Elebia to lift and lower a 750kg concrete beam used for radiation tests at the Franco-Swiss site.

The 2.5t capacity e2 automatic hook works beneath a 25t overhead crane with a 10t hoist, to lower the beam containing samples for irradiation - a process by which an object is exposed to radiation - at the shielding benchmark facility.

The hook met unique requirements to operate in a hole 400mm by 400mm and access a lifting point 1.6m beneath the surface before lowering the concrete beam to a total depth of 4m, where irradiation takes place. Upon completion of the tests the beam and samples are removed for inspection. Michael Lazzaroni, superintendent of the East Hall experiment area at CERN, says, “The lifting point was too deep to access by personnel so we needed a solution that not only addressed that, but also operated reliably by remote control - even though the hook is inside a concrete bunker required to conduct the tests safely.”

Lazzaroni said the Elebia hook reduced to only 30 minutes what was taking up to two hours using an alternative method.

“We’ve saved time and enhanced safety by employing the hook in the East Hall and my colleagues in the handing group have noted those advantages. There are other applications at CERN where handling of radioactive material, for example, takes place and the performance of the hook for irradiation tests is proof of its potential suitability.”

The e2 hook is equipped with a magnet that both attracts and positions slings and other rigging gear, providing inherent safety advantages by removing the meed for personnel to access the hook to rig loads manually.

Lazzaroni said, “Safety and efficiency related to the proton and mixed-field irradiation work at CERN has been enhanced by the e2 hook. Since its installation in the summer it has been involved with 15 irradiation tests and the personnel that work with the crane have been very satisfied by its capabilities.” 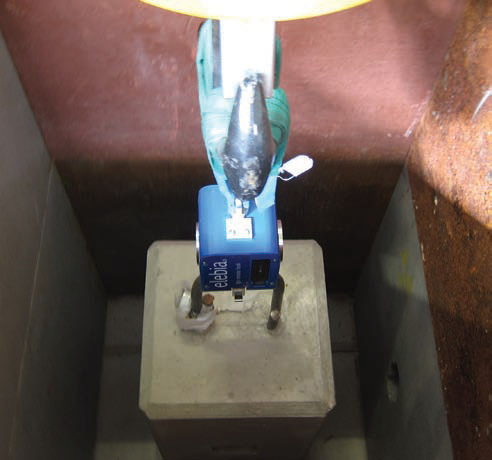 The Elebia hook, beneath the crane’s hoist, is lowered to pick the concrete beam 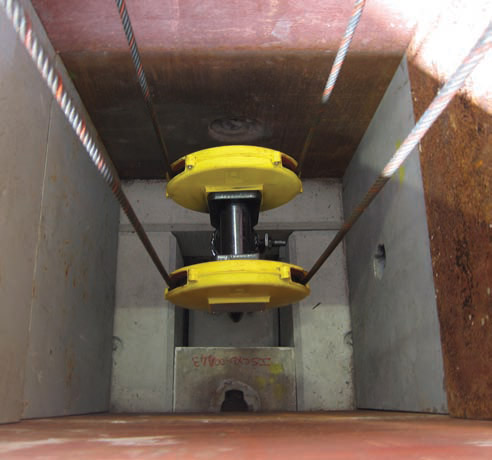 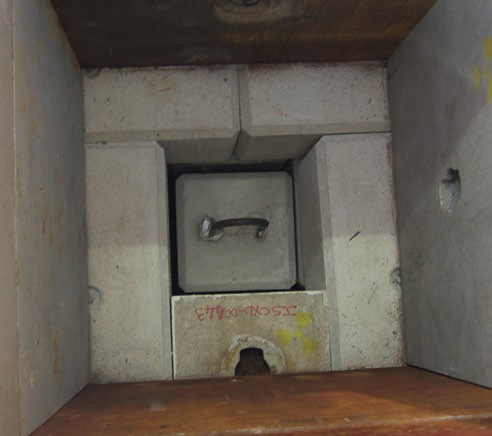 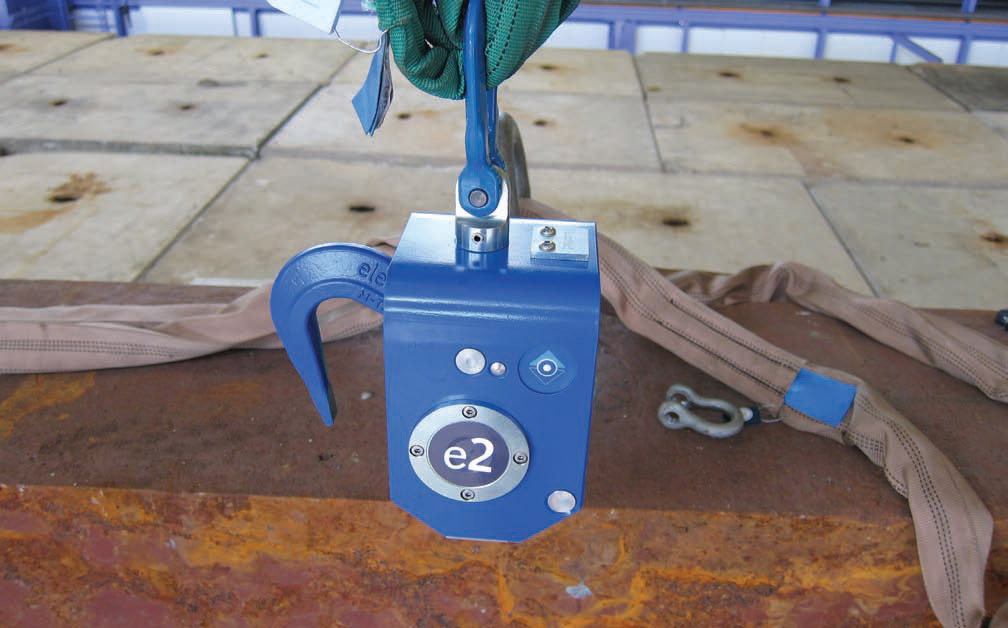