A new development from Spain’s Jaso Industrial Cranes opens up a wide range of possibilities for automating manual and precision processes, such as the automatic polishing of wind turbine blades.

The company, which was founded in Gipuzkoa in 1965 and is focused on the lifting sector, has developed a solution in collaboration with the Tecnalia technology centre that allows cranes to be robotised.

The alliance between the two organisations combines Tecnalia’s knowledge of cable technology with Jaso’s experience in the lifting sector, says Antonio Naranjo, in sales and marketing at Jaso. As a result, the robotised cranes are no longer limited to vertical and horizontal movements, but have increased freedom of action and precision. The cable technology allows the crane to work with very heavy and/or high-volume elements with a margin of within 2mm, and a total control of 6 in the orientation of the parts. The project has been named Cranebot.

The advance has many potential applications across different sectors.

The first one that has been tested is in wind power, and specifically for one job: polishing the blades of wind turbines, in their manufacturing phase.

“Nowadays, when the blades are increasingly larger, this task is carried out manually by most manufacturers,” says Raúl Fernández Niso, sales and marketing director of Jaso Industrial Cranes. “The new system automates the process, which means improving quality and safety—reducing accidents at work by 50%—as well as reducing costs by 20% and increasing productivity by 50%.

The prototype has already proved to be effective, and has moved on to the commercialization phase.”

The new Cranebot system was due to be presented to the public for the first time at the Logimat trade fair in Stuttgart last March. However, the event was cancelled, with the next edition set to take place in March 2021. The new Jaso and Tecnalia development is now due to be presented in October at the Metal Madrid fair and in November at the Bilbao Machine Tool Biennial (BIEMH).

The development will have a wide scope, says Naranjo. Not only for other uses within the wind power sector, but also with wide applications at foundries, to help in the handling of moulds, as well as in aeronautics, civil engineering, logistics, and beyond. As a general approach, says Naranjo, the Cranebot is suitable for everything relating to the automation of manual processes including the precision positioning of large components, 3D printing in the construction sector, and so forth. 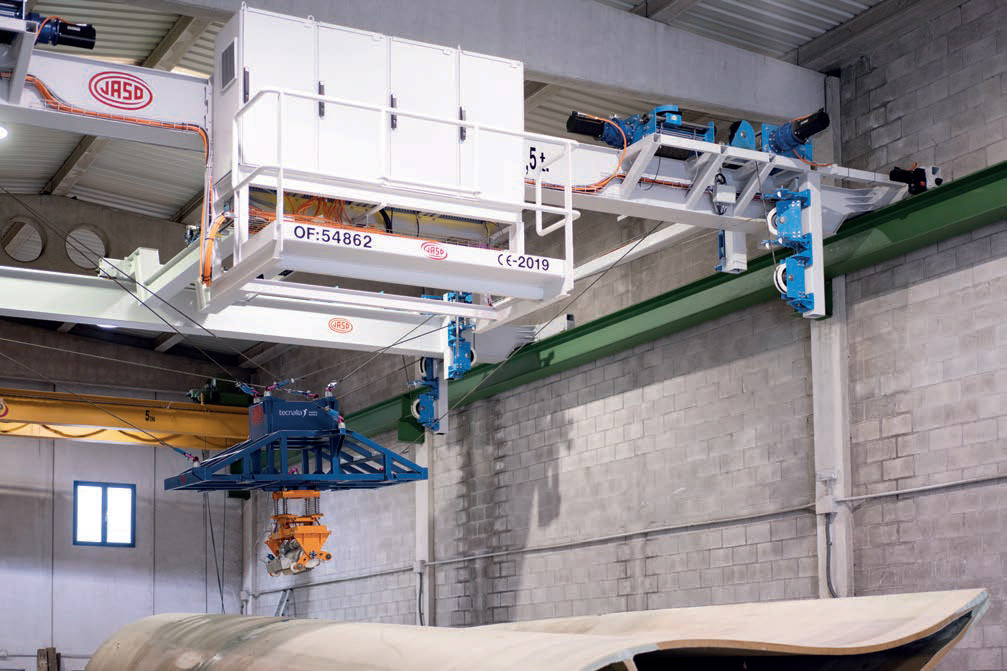 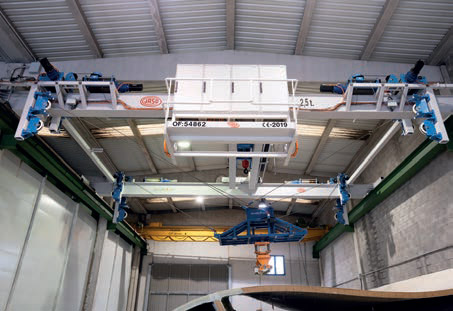