Drive technology is an integral part of the material handling equation. Such systems are essential in ensuring operational safety and process efficiency.

ABB, the power and automation technology manufacturer, has recently upgraded its direct torque control (DTC) motor control platform, which has been central to the company's variable-speed drives since 1996.

The manufacturer has improved the fourth generation DTC in order to provide "enhanced performance" in open and closed loop and also a higher switching frequency, while speed and torque control accuracy has been improved, for both dynamic and static values.

According to ABB, support for high-speed motors up to 500 Hz and absolute encoder and resolver support are provided, while other improvements include a greater choice of identification (ID) set-up runs.

The company said: "These include highly accurate standstill ID runs, allowing the drive to identify the motor from its performance characteristics without the need to uncouple the motor from the load.

"Drives equipped with the new DTC can now respond to changes in the customer speed reference much more quickly, with the motor shaft responding within 2 ms of a reference change instead of 10 ms."

Direct torque control enables users of the latest ABB ACS880 industrial drives control any motor type without the need to make changes to the firmware, which make it practical to use squirrel cage, permanent magnet and ABB's advanced synchronous reluctance (SynRM) motors.

This motor control technology is claimed to offer high efficiency IE4 or high output compact motor variants, which widens the scope for engineers to use "almost any" motor to suit their needs.

"The ACS880 drive offers fully functioning scalar control with its own ramps, fixedand skip- speeds. Scalar is useful in multimotor applications and can be used to test installations before switching to DTC; particularly useful when the test motor is not the same size as the motor to be used on site," ABB added.

The result, according to ABB, is a drive with a torque response that is typically ten times faster than any AC or DC drive. "This gives much improved process control and a more consistent product quality. The dynamic speed accuracy of DTC drives will be eight times better than any open loop AC drives and comparable to a DC drive that is using feedback, the company claimed.

Another manufacturer, Magnetek, continues to enjoy success with its Impulse VG series 4 drives, which are designed for non-mechanical load brake hoists and high performance traverse motions. Features that are central to the Impulse VG platform include Load Check II, which continuously detects hoist overload conditions throughout the frequency range, which helps halt upward motion and also only allows the load to be lowered.

This feature continuously monitors the hook load, both during acceleration and constant speed, which eliminates the need for load cells in most applications. Elsewhere, the company's Adaptive UltraLift feature allows for hoist operation above base speed with a light load or empty hook.

Earlier this year, the manufacturer was awarded two patents by the United States Patent and Trademark Office for its Adaptive UltraLift and Brake Test features.

"Adaptive UltraLift is ideal for repetitive, high-cycle count applications that demand maximum speed, such as lumber, paper, or marine terminal industries and especially applications where wire rope over-wraps on the drum," said Aaron Kureck, Magnetek's director of product and development.

Launched at the end of last year, Mitsubishi Electric introduced its latest series of drives for high-end applications, the FRA800. Central to this family is the company's latest drive technology that has an output range extending from 750 watts up to a maximum of 1 megawatt.

Capable of driving both standard asynchronous motors and IPM/SPM motor technology, offering intelligent autotune functionality, the system features a built in PLC that is based on the Mitsubishi L Series to ensure the drive gives the user wide scope for application specific coding. 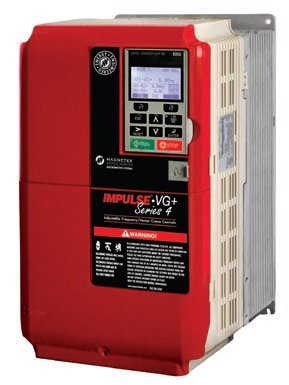 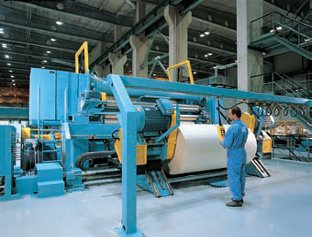