When heavy lift specialists Versabar was required to carry out a load test on a well support clamp at its Houston, Texas facility, it called on Straightpoint for two of its Radiolink Plus load cells to conduct the 150 ton proof load process.

Versabar, the heavy lift specialists, have utilized two Straightpoint Radiolink Plus load cells to conduct a 150 ton proof load test on a well support clamp at its Houston, Texas facility.

The component in question, which is owned by a Gulf of Mexico-based oil and gas company, was successfully tested by team in Versabar's testing division.

This uses load cells to determine the applied load during system integration testing and in this case, setup and testing was completed in approximately 16 hours. Tom Cheatum, sales and marketing director, Versabar, explains: "One test is better than a thousand expert opinions and having accurate load monitoring is critical."

Aaron Orsak, technical sales engineer, Straightpoint, adds: "We have been building a relationship with Versabar over a couple of years and we are pleased that our initial dialogue has culminated in the supply of the RLP (Radiolink Plus) units from our U.S. stock for the well support clamp application."

Orsak says that the load cells were 50 ton capacity but they did not see the full 300,000 lb. load due to what he cites as the "mechanical advantage" included in the application on the test rig.

The Radiolink Plus, which is the most popular product in the Straightpoint portfolio, is capable of both weighing and dynamic load monitoring at speeds up to 200Hz. It features high weatherproof protection to IP67 or NEMA 6, battery life of 1,200 hours and can be connected to the Straightpoint range of multi function handheld displays and data logging software.

Houston-based Orsak concludes: "The market has been reasonably depressed over the last six months, but things are on the uptick. Taking opportunities to be integrated into the marine construction industry is just one facet of a global plan to make the best of the economical environment, as credible sources continue to forecast an increase in offshore investment." 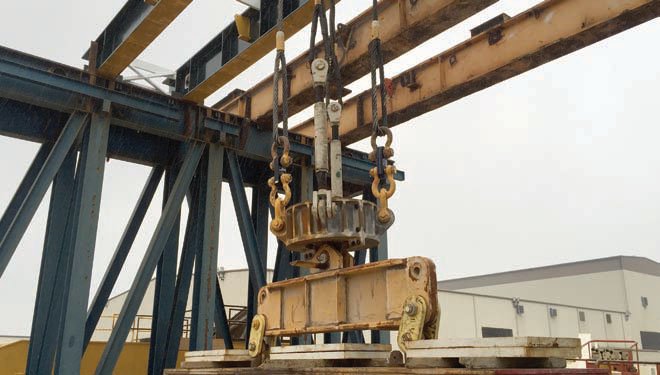 One test is better than a thousand expert opinions 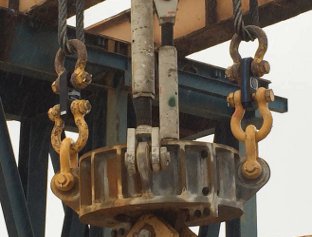