Radio remote controls are an integral component of the material lifting sector. Tim Sheahan takes a look at some of the latest developments taking place in this burgeoning market

Radio remote control products are arguably one of the unsung heroes of the material handling world. Even the slightest upgrade to technology in this sector can result in significant improvements when it comes to an end-user's operational productivity.

"Industrial radio remote controls are very widely used for different types of cranes such as overhead cranes," explains Seema van Buuren, marketing and Sales at Tyro Remotes. "In chaotic production environment or during lifting bulky loads, using an industrial remote control is not only safe but it also provides great freedom of movement and optimal operation control to the crane driver. That is also a reason that remotes for cranes are very much in demand."

According to Van Buuren, the company develops and manufactures remotes that can also be used for cranes. These remotes have high level of functionality as well as being "very robust" in their class.

"Digital and analog inputs and outputs, transmitter with a display, feedback on the transmitter, a response time of less than 0.1 second, customized layout of the transmitter are some of the features that set Tyro remotes apart from it's competitors," she adds.

One product in this field is Tyro Remotes' wireless E-stop called Indus- Gemini. It has garnered significant interest as it optimises safety at the work place. This is an electronic stop that people can carry with themselves and in case of any emergency can press it immediately.

The machine is pitched as a unique portable solution so a mechanic or engineer can anticipate and risks in production and react quickly if required. The compact transmitter features a mushroom-shaped emergency stop button that can easily be attached to the belt, thus, which puts the emergency within reach.

Another product the company launched earlier this year is the Tyro Hydrus radio receiver. This is protected in a resinmolded housing, which makes the Hydrus 100% waterproof as well as being optimally protected against external influences such as moisture, dirt and dust. Vibrations are damped and absorbed by this shockproof housing.

"Tyro Remotes´ understands that reliability and safety are crucial to our customers, which is why we keep its development and production of radio remotes in-house in Europe," she adds. Elsewhere, Kristian Karlsson, marketing manager at Tele Radio, the awareness and demand for high-level secure products in the lifting sector has greatly increased in the last couple of years.

"In recent times we had questions about what products adhered to safety levels such as CAT3, but with the new European machinery directive in place the customers are now more concerned with the higher performance levels, "PLd and PLe" in popular terms as well as SIL3 certification," he says. "This development is something that we embrace. Supplying safe and ergonomically correct remote controls have been our long term focus and we can confidently say that we are experts when it comes to safety ratings for industrialized remote controls. To illustrate this, Tele Radio supplied the Tiger system (SIL3 and PLe rated remotes) long before anyone else did."

When customers need to do their own PL-calculations and adhere to higher safety standards the demand for rated products is high. This makes it hard for other companies to do business that have ignored the development in safety requirements for industrial remotes. For Tele Radio and the second generation of its Tiger system, hand held devices are its bestseller devices mainly because it gives the user a free hand to do other tasks with. That said, Karlsson adds the group has seen an increase in the sale/demand of joystick controllers.

UNIC Cranes Europe is the European distributor for Furukawa UNIC (Japan) and it specialises in the supply of mini spider cranes across 27 countries.

These mini cranes are compact enough to fit through a standard doorway making them ideal for lifting in restricted access and confined working environments. There are nine models currently available, ranging from 0.995 tonnes to 10 tonnes in capacity.

Because the spider cranes regularly work in restricted access areas with very limited space to operate in, radio remote controls and safe load indicator systems are essential for carrying out tricky lifts where extra accuracy is required. One development in this field is digital feedback.

The UNIC mini crane digital feedback remote includes a unique graphical display so that operators have instant visibility of essential information such as the load weight, working radius, lifting capacity and engine speed.

This remote is a step ahead in improving safer lifting on site for operators who need to work at a distance from the crane. The graphical display has autolight level sensors so operators have full visibility of the information they need in various light conditions. Other features include single-handed operation, engine start/stop function and multi-function operation.

In addition, the UNIC radio remote control with digital feedback works in conjunction with the crane's safe load indicator to give the operator the choice of pre-configuring full working area limitation, slew limitation, load moment limitation and data logging facilities.

The 10 tonne capacity UNIC URW-1006 was one of the first cranes in the UK to be fitted with a state-of-the-art Rayco Wylie i4500 safe load indicator which gives operator feedback on a high-resolution colour LCD screen to ensure that all lifts can be carried out safely. Now this upgraded safe load indicator will be also be installed as standard on other UNIC mini crane models (UNIC-URW 295, 376, 506, 547 and 706) to replace the previous i3000 system.

With updated software and hardware, the i4500 SLI is able to show the operator more information about the crane's performance on one display, such as the camera option and engine information. With a 4.3" screen (7" screen for the 1006 model), the operator's manual can be uploaded onto the SLI so it can be easily accessed when required. This new system works in complete integration with the crane and is also easier to install as the master calibration only needs to be performed once.

Last month, Laird unveiled CattronControl LRC-S1, its new compact operator control unit targeted at forklift operators, crane operators and other lifting equipment. The unit, which is constructed from high impact-resistant polycarbonate resin, is designed for "rugged industrial environments" and can communicate via secure wireless TransKey. Also available is an optional force and angle safety feature that is claimed to enhance the safety aspect of this control unit.

"The LRC-S1 is a perfect fit for anyone looking for a high quality, small and light operator control unit," adds David Stagg, product manager at Laird. "The search for a smaller and lighter package is met with the need to maintain the familiar functionality of larger joystick units and that's exactly what we have done with the LRC-S1."

Elsewhere, motions controls manufacturer Magnetek has updated its Impulse VG+ Series 4 crane controls suite with the addition of a new anti-shock feature. This feature is claimed to automatically stabilise loads by both detecting and minimising rapid increases in motor torque, therefore reducing the potential for crane damage caused by operator induced load shock. According to Magnetek, this protects the crane and building from excessive stress conditions and reduces maintenance costs as a result. Jason Wellnitz, controls product manager at Magnetek said: "The Impulse VG+ Series 4 anti-shock technology not only minimizes load bounce, it also reduces the potential for damage to the load and the entire crane structure.

"After stabilizing the load, the hoist automatically reaccelerates to the speed the operator had initially selected. At no point, however, does it take control away from the operator. Our anti-shock feature is extremely easy to set up and will be incorporated as a standard feature on all new Impulse VG+ Series 4 drives." Earlier this year, the manufacturer fended off nearly 5,000 companies to seal the 2012 Premier Supplier of the year status from Joy Global.

The Wisconsin-based business was one of only 39 suppliers to scoop the prestigioud award, which mining firm Joy global uses to recognise firms that deliver qualities such as "industry, quality, delivery and value". 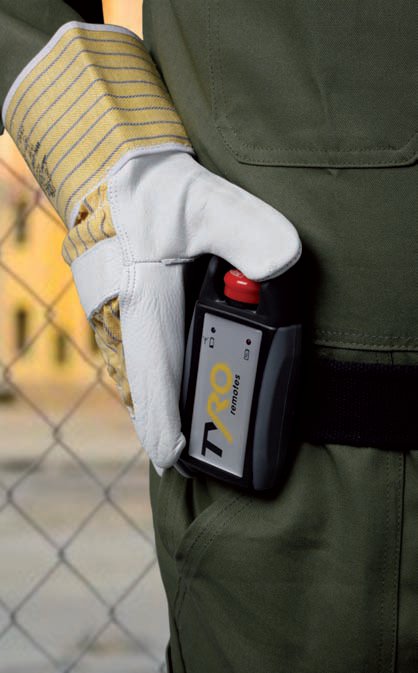 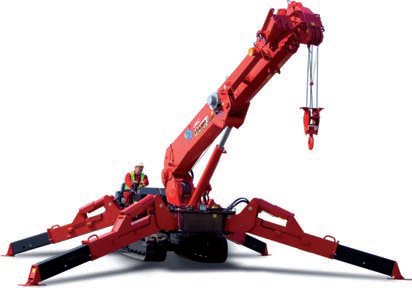 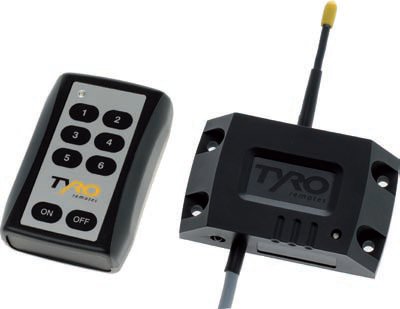 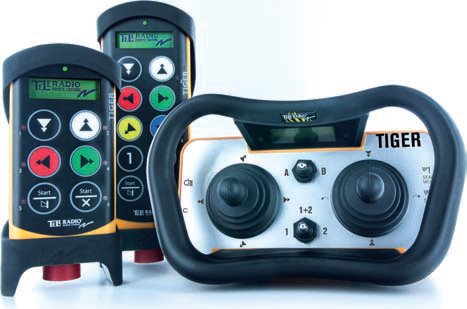