SCX Special Projects has returned to the home of English tennis, Wimbledon, to carry out preventative maintenance on the roof it first worked on in 2009.

The Sheffield-based business was called upon to carry out the work on the retractable roof, which is located over Centre Court, ahead of this year's tournament. SCX Special Projects designed, built and installed the mechanisms, used to mobilise to roof, in 2009.

The roof itself was one of the first types of concertina moving structures to be constructed for a stadium in the UK. According to SCX, the roof can be deployed either fully or partially in order to accommodate unpredictable weather conditions that are often a characteristic of the Wimbledon tournament.

The structure weighs 1,000 tonnes and covers 5,200 square metres. Despite this, it can close in 10 minutes or less, even against wind speeds of up to 43 miles per hour.

As a result of the roof's unique composition, it requires regular preventative maintenance to ensure that it is optimum operating efficiency. Nine members of SCX Special Projects, including Project Manager John Biggin, are on hand to ensure that the roof is prepared and ready for the tournament.

Biggin explains: "There are four mechanical engineers, two electrical, two control and myself. We go down to Wimbledon about seven times a year to inspect all the moving parts and machinery - both mechanical and electrical - making adjustments if need be to ensure that the roof is moving properly."

Wimbledon's retractable roof can be likened to a folding fabric concertina. It features metal trusses that support a translucent industrial fabric.

Each truss is mounted on two powered end carriages run along a track fixed to the roof of Centre Court. Folding V-shaped end arms link these trusses together and four vertically mounted actuators are deployed to the end arms out, which pushes the trusses apart and open the roof.. 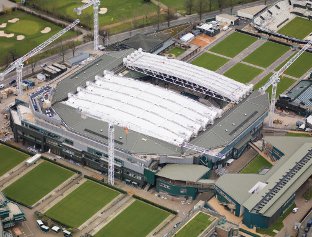 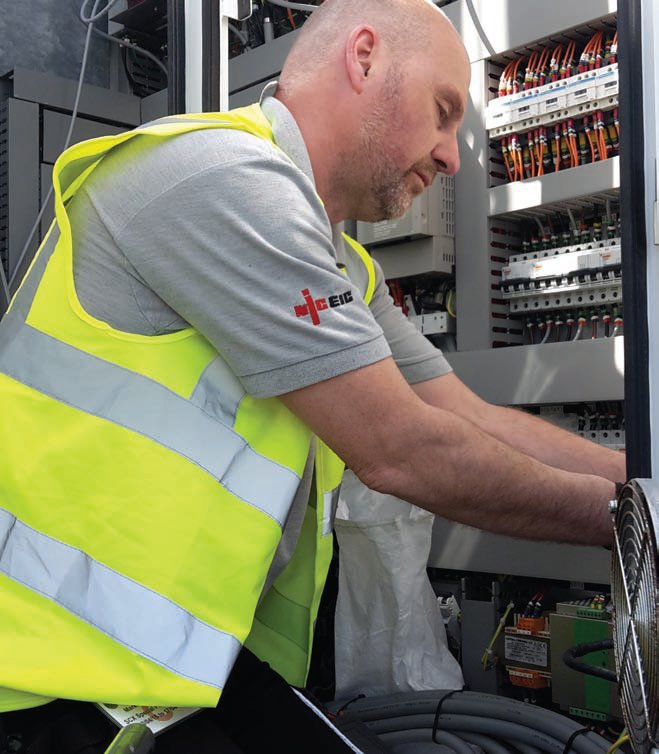 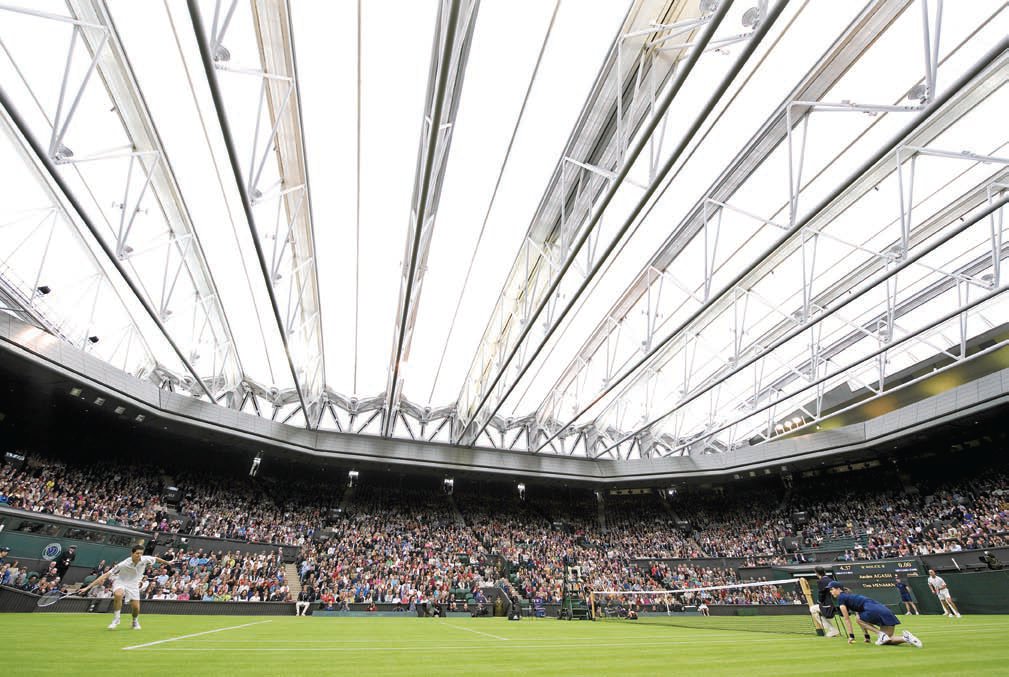