A fast track to success?

The automotive industry is a key contributor to China’s industrial growth, with recent figures surpassing many analysts’ expectations. We look at the role equipment manufacturers are playing in this burgeoning field.

"The chain hoist business in China is a very fast one, from order to delivery just four to six weeks, sometimes even less. Additionally, the design of the production lines is sometimes different from design in Europe," explains Heike Metzger, project manager of marketing and corporate communication at Stahl CraneSystems.

The Chinese automotive industry is a fast growing beast that has failed to show any signs of slowing down in the first half of 2014. A brief look at the latest figures from the China Association of Automobile Manufacturers shows that sales of passenger cars increased by 11 percent to 9.6m units in the first half of the year.

Only recently, plans emerged that Hyundai Motor are likely to establish its fourth and fifth plants in China, namely in its Chongqing and Hubei provinces.

However, this strong growth, according to the FT, has "surprised" industry executives and analysts that expected China's car market to slow after growing an impressive 16 percent to 18m units in 2013. In doing so, it made this market in China 10 times bigger than India's.

A broader view of the industrial construction in China shows that it was the third-largest market in the Chinese construction industry in 2013, accounting for 11.7% of the total industry value, according to Timetric.

According to their research, the "value add" of industrial production was up by 9.7% over 2012. Furthermore, the industrial construction market is expected to be the second-fastest-growing market in the construction industry over the forecast period to 2018.

As with manufacturing plants worldwide, material handling companies have an essential role to play in the production of automotive vehicles.

Vital components
According to Toru Suzuki, executive officer at Kito Corp, production speed is a vital component of the automotive industry, with the manufacturer's chain and inverter technologies contributing to the growth in this field.

"For example, Shanghai Automotive Industry Corporation, the top automobile manufacturer in China in terms of production volume, produced 4.48 million vehicles in 2013. In other words, the company had to produce 12,000 vehicles per day on average," he explains.

"Thus, the frequency of use of hoists is extremely high in the company. In this severe environment, hoist chains wear out extremely quickly."

He adds: "Companies needed to replace hoist chains once every three months when they were using hoists manufactured by competing manufacturers. After the company replaced them with Kito hoists, the replacement frequency of the chains has been reduced to once a year. Our hoists also enable significant increases in production efficiency and significant reductions in replacement costs of chain-related parts."

While chains play a key role in the production process, inverters also have an incredibly important part to play.

"In addition, installation of inverters enables fine adjustments of hoists required in the assembly process to be made, leading to increased assembly operation efficiency."

For Kito, the inverter also facilitates hoist maintenance. As the operating time, frequency of use, failure records, failure causes of hoists can be checked on the LCD screen of the inverter, the work of the plant facility maintenance personnel is now streamlined.

System provider
According to Metzger at Stahl CraneSystems, the company's Shanghai branch is selling mostly chain hoists for paint shops to Chinese and foreign system providers. The business is growing fast in the past few years and reached now one third of its total business in China.

For Stahl, the Chinese market has several noticeable differences from other automotive areas they serve. "The chain hoist business in China is a very fast one, from order to delivery just four to six weeks, sometimes even less. Additionally, the design of the production lines is sometimes different from design in Europe," explains Metzger.

The company explains that is increasing the number of chain hoists based on the demand from new production plants and from new fields. One of these is its new 'Chain Hoist Partner' concept, which is expanding the business from production lines to general machining departments inside the automotive plants and their suppliers.

"We are able to deliver different product levels according to customer needs and wishes. The well-known and well proved ST chain hoist, Made in Germany, fully imported to China and the new product, the SC chain hoist, designed in Europe and assembled in China," Metzger explains.

Despite promising performance in China, she points out that competition continues to increase but the manufacturer's good reputation is enabling the firm to secure business in "difficult times" a lot of orders.

She adds: "2014 will be best year in chain hoist business ever with a growth of more than 20%. Despite the slower growth in China, this huge market is always offering opportunities. The energy sector and in here especially the storage and transport of LNG (Liquefied Natural Gas) is offering very good chances for Stahl CraneSystems Shanghai."

Monumental shift
For Suzuki at Kito, there is something of a "reorganization" taking place in the automotive industry.

"Because more than 100 finished car manufacturers are operating in China, reorganisation of the industry is taking place centered around leading manufacturers in regards to industry-wide operating rate improvement and resource concentration," he explains.
Suzuki adds: "Manufacturers not listed in the top 10, or small- to medium- sized manufacturers with annual production volumes of less than 10,000 cars have already began investing in facilities in order to be able to survive.

Since cars produced now will not be able to be used for very long due to fuel consumption and emission regulations, the top 10 manufacturers will continue investing in facilities to develop new types of cars. 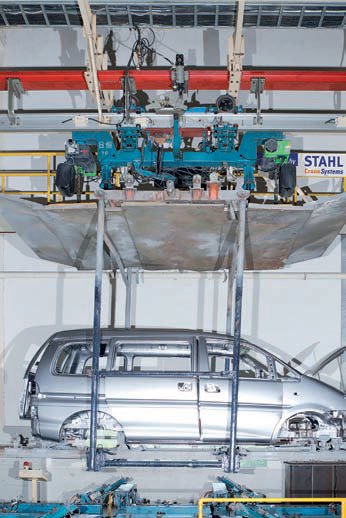 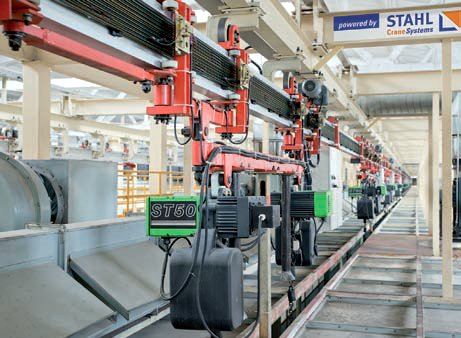 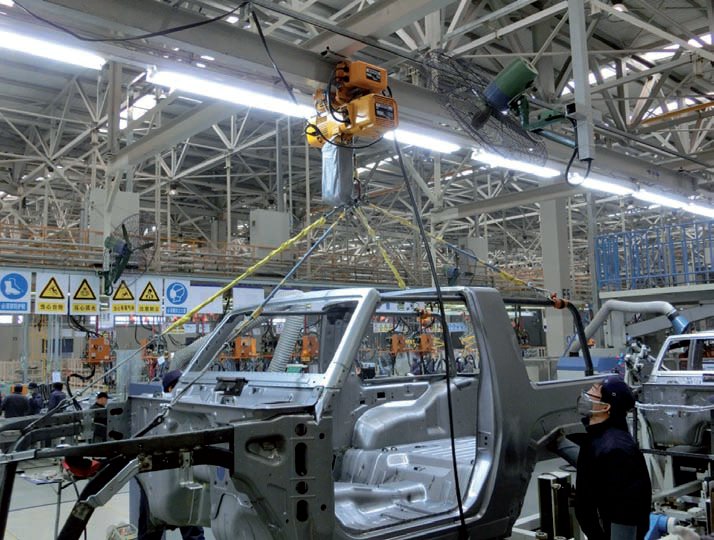 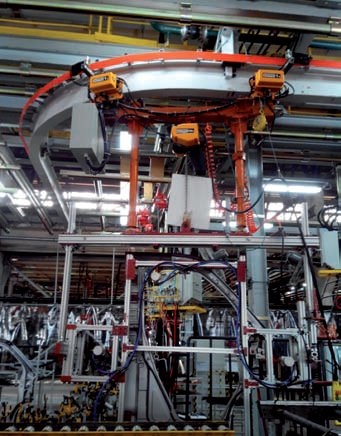 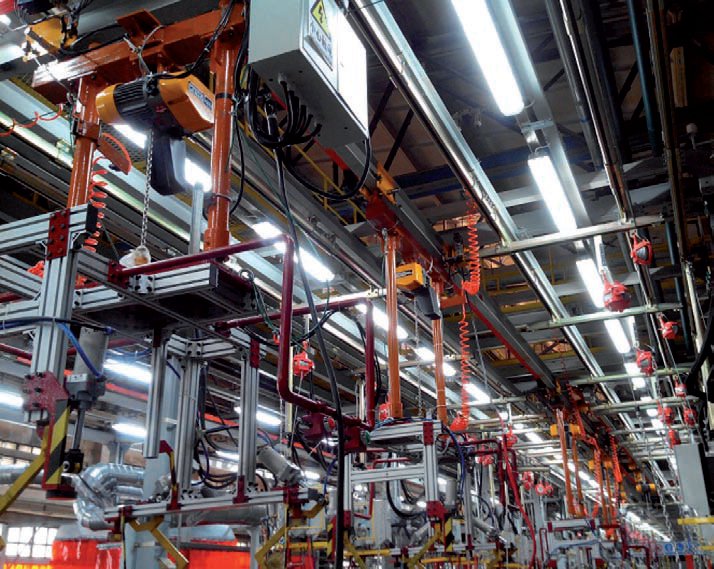 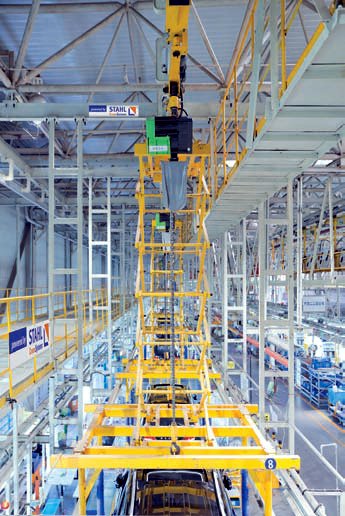 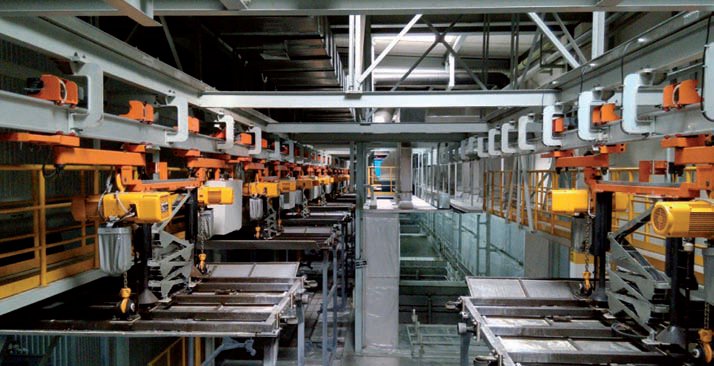 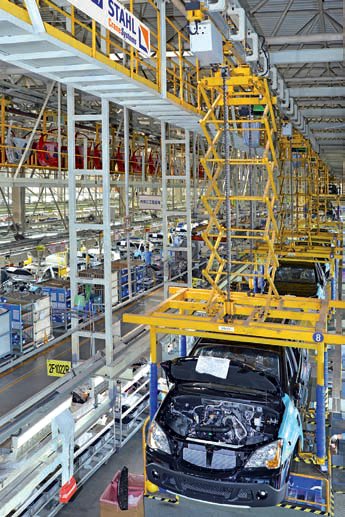