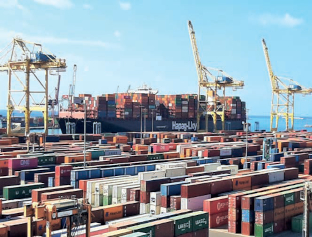 VIVA ESPAÑA
30 November, 2021
As APM Terminals announces it will use a 5G network to connect all cranes, vehicles, and operators at the Port of Barcelona. Jenny Eagle looks at the latest news in Spain and its bounceback from...
> read more

Who’s in control here? 30 November, 2021 Technology now offers crane control systems that can do all that skilled operators can do but more smoothly, more efficiently and more safely. Julian Champkin investigates.

Cleaning up 30 November, 2021 Clean room hoists are in high demand, buoyed by the ongoing COVID-19 pandemic and the continuing semiconductor chip shortage. Mike Straus reports on the complexities of serving this unique sector.

All change at Tele Radio UK 30 November, 2021 Tele Radio UK is entering its next phase of growth as it welcomes a new managing director John Suero, and Tele Radio Group as a whole expands internationally, adding subsidiaries in India, Russia, Brazil and the US.

Solar fusion 30 November, 2021 As work on the world’s largest International Thermonuclear Experimental Reactor (ITER) progresses, we look at the cranes assembling the machinery inside the Tokamak.

Italy lifts itself up 29 October, 2021 Italy’s engineering has a global reputation, and the country has many manufacturers of hoists and cranes. But the pandemic hit there hard and early. How have its hoist makers fared since then? Julian Champkin investigates and highlights recent projects.

Nerves of steel 27 October, 2021 With the ongoing pressure on US President Joe Biden to lift steel tariffs and news that Sweden’s SSAB has produced the ‘world’s first fossil-free’ steel, Jenny Eagle looks at the latest projects in the metal distribution sector.

Bigger, broader, better 25 October, 2021 The pandemic has revealed a global shipping industry that is stretched to and sometimes beyond the limit. Julian Champkin investigates the response of ports and docks and finds that size does matter.

Fly me to the moon 20 October, 2021 ACECO works with NASA on its Artemis II space programme to send the first woman to the Moon.

Antipodean effect 08 September, 2021 Axel Johnson International’s Lifting Solutions business has ventured out of Europe for the first time acquiring five lifting companies in Australia. Jenny Eagle speaks to LEEA about the news as well as its announcement to set up a Regional Council for Australia & New Zealand.

One rail to rule them all 08 September, 2021 A gantry crane can pick up and set down anywhere within a certain area. A monorail is more limited. It can work only along a line. But for many plants and factories, linear transport is exactly what they need. Julian Champkin investigates the monorail.

Heavy duties 08 September, 2021 As demand for heavy lifting grows, manufacturers advise that success is all in the planning. Keren Fallwell reports

The Crosby Group acquires Airpes
The Crosby Group has acquired Airpes, a Spanish manufacturer of lifting, handling, and weighing solutions for customers in the wind energy and industrial markets, such as Yoke blade clamp.