STI says they will help boost the port’s efficiency and enhance its service offering.

CEO Rodrigo Galleguillos pointed out that “the new cranes will make it possible to improve the competitiveness not only of STI, but also of Chile’s foreign trade, since we will have better and more modern equipment for transferring containers”.

With the new additions, STI will have a total of eight STS and eight RTG cranes, making it, it said, one of the best equipped ports in the country.

The cranes are part of the commitments made with Chilean port administrator Empresa Portuaria de San Antonio to extend the terminal’s concession to 2030 and upgrade assets through investments totalling $66m. The equipment is expected to reach Chile by the end of December and should be operational by the end of January.

The new cranes were shipped fully assembled on board the Zhen Hua 24 and reach a height of 78.5m, equivalent to a 32-storey building. Once they begin operating, STI’s annual container throughput capacity will be 1.6 million TEUs. 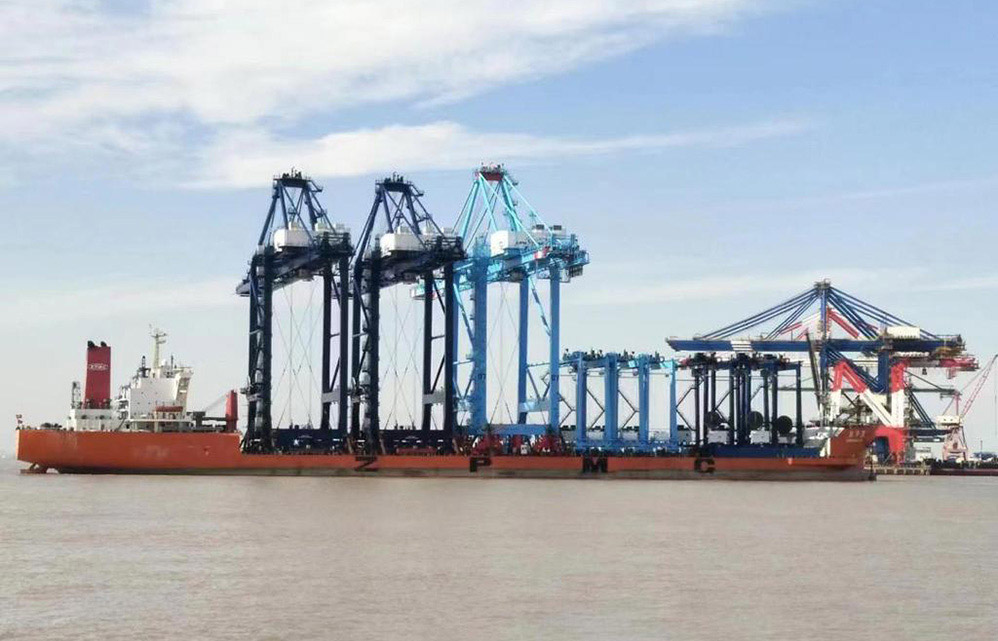