The President of the United States, Joe Biden, recently visited one of the facilities that form part of the plan of Iberdrola's listed subsidiary in the country for the construction of offshore wind projects in New England. The electricity company chaired by Ignacio Galán will invest $10 billion in these projects over the course of this decade.

The three offshore wind farms are already under construction or advanced development, and all have long-term power sales contracts in Massachusetts and Connecticut. They will have a total capacity of 2,800 MW, create nearly 11,000 new jobs and provide emission-free power for nearly 1.6 million homes and businesses.The first of the three wind farms, Vineyard Wind, will be the first large-scale wind farm in the United States and will start producing power by the end of next year. Iberdrola is thus demonstrating its pioneering nature in this sector in the United States.

As part of the proposal made in the award of the third of the offshore wind farms, Commonwealth Wind, Iberdrola committed to develop Massachusetts' first offshore wind cable manufacturing facility on the site of a former coal plant in Somerset, Massachusetts (Brayton Point). The factory, which will create numerous local jobs, is expected to open in early 2026 and will supply cables to Iberdrola Commonwealth Wind projects such as Park City Wind.

Biden met with the chairman of Iberdrola, Ignacio Galán, and was accompanied by 25 US authorities and businessmen. Also present were the President's National Climate Advisor and former head of the US Environmental Agency, Gina McCarthy, and several members of Congress from Massachusetts. The US President's visit to the future offshore wind cable manufacturing facility is a statement of intent for the country's new energy policy.

Vineyard Wind, with 800 MW of installed capacity and an investment of €2.5 billion, will be one of Iberdrola's largest in the world. In December 2021, the company was awarded a contract for the Commonwealth Wind offshore wind farm in Massachusetts. The 1,232 MW facility, the largest offshore wind project in New England to date, will involve an investment of $4 billion.

Also under development in the same area is Park City Wind, an 804 MW project that will supply clean energy to customers in Connecticut, while revitalising the Port of Bridgeport, home to the operation and maintenance office and warehouse for the components for construction. The project is expected to be completed in 2027.

Iberdrola also owns the Kitty Hawk development area (2,500 MW) in the waters off North Carolina and Virginia and has begun the process of obtaining permits from the Bureau of Ocean Energy Management (BOEM) for the Kitty Hawk North wind farm (800 MW), the first project planned in this area. 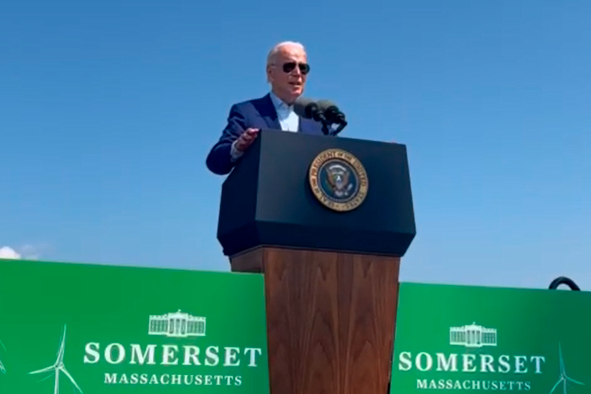