For the last four years, much of European industry has been in the doldrums, stifled first by the global financial crisis, and then, for many economies, by problems with sovereign debt. While the politics of austerity followed by many more successful nations over recent years may balance national accounts in the short term, it is unclear whether they have helped or, through compounding a stagnant investment environment, hindered business development. Our industry though, despite a mood of pessimism in some quarters, shows signs of bouncing back well from the crisis. In the latest Eurostat figures on material handling as a whole, collected by the European manufacturer's association, the FEM, thereare signs that, up to 2011, the industry was rebounding well.

Looking at the figures on sales versus service, its clear how a focus on the latter helped slow the decline in 2010: a 23% rise in service contributed almost €2bn to production values, even while sales continued to slip. In 2011, service continued to grow, while new product sales soared by 19%. Another important factor in slowing the decline, and, in 2011, building growth, has been exports. The European industry continues to run a very healthy trade balance, with exports exceeding imports by a ratio of 4:1. Since 2009, exports have grown from €17.8bn to €22bn in 2011.

Taken together, these figures show two ways material handlers can sustain themselves in the toughest of climates.

First, by keeping up their relationships with customers. Factory owners may not want to invest in new cranes when the market for their own products is weak. But, to keep their business running, they will need to maintain existing equipment. Offering innovative and cost effective ways to do this will both generate revenue when sales are down, and maintain relationships for when they are ready to buy.

Second, by looking for new markets. That favourable balance between exports and imports indicates to me that, despite fears of new low-cost entrants in the market, the European industry continues to build world-beating products.

As the EU continues to face an uncertain future, that twin focus on customer service and innovation will remain vital to success. 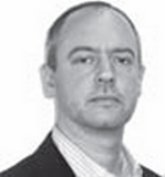