Looking on the bright side

Here in the UK we’ve never been particularly prone to blind optimism. Of course many stereotypes about the British persona persist outside our shores, the stiff upper lip, reserved manner and our love of queuing. But during the process of hosting the 30th Olympic Games this Summer it was widely reported that we had somehow learned to cheer up a bit, with random displays of elation prompted by the carnival atmosphere around the Olympic stadium, further kindled by our respectable medal tally.

Much of the media coverage towards the end focused on whether this newfound cheery disposition would last for long once the fanfare of the games had passed, maybe helping us to cope with our recessionary pressures and the gloom emanating from our neighbours in the Eurozone. I'd like to think we've made a pretty good fist of it. But if ever events were to bring us back to earth with a bump, the beginning of this month was equal to the task.

The expected good news that the manufacturing and construction sectors are helping drag us up out of recession never materialised. New equipment orders for construction continued to fall, creating the longest period of declining orders seen in the UK for three years. And the much-anticipated announcement that a second Bank of England cash injection to jumpstart our ailing economy has been postponed, despite hopes in some quarters that a weaker Pound could help manufacturing exports. All in all, a strong reminder that there's a recession going on.

But here's where the stiff upper lip comes in. Lifting industry professionals are certainly no strangers to the pressures of tightening purse strings, which frequently force them to make quick decisions that could impact on safety.

Regardless of the bottom line, the importance of adhering to sensible industry standards isn't lost too often here. This is why organisations such as LEEA are so often consulted on projects overseas even when the regulatory requirements in some parts of the world are relatively lacking.

But during this time it will be difficult to ensure customers aren't tempted cut corners when specifying requirements. In the paper and pulp industry there has been a worrying trend for mill owners to replace ageing specialised lifting equipment with more standard cranes ill-suited to the heavy-duty role of a mill crane. At times like these, lets hope the end-users also manage to keep calm and carry on. 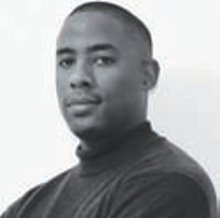