The Los Angeles Board of Harbor Commissioners has adopted a $1.9bn budget for Fiscal Year 2022/23. The plan builds on the strong financial performance this past year by the Port of Los Angeles, which set an all-time record for containerized cargo volume again in 2021.

“Despite challenges across the supply chain, the Port of Los Angeles and its many partners persevered and have kept cargo moving at a record pace,” said Harbor Commission president Jaime Lee. “This success and hard work now allows us to reinvest in our Port’s physical and digital infrastructure, sustainable technology and programs, and in projects that benefit our communities and the LA Waterfront.”

“This forward-thinking budget positions the Port well to meet its overall strategic objectives and priorities, and keep our ranking as the premier container port in the Western Hemisphere,” said Port of Los Angeles executive director Gene Seroka.

With pandemic-induced consumer buying expected to ease in the coming fiscal year, the Port’s FY 2022/23 budget is based on cargo volume estimates of approximately 9.85 million Twenty-Foot-Equivalent Units (TEUs). The budget outlines operating revenues of $628.1 million, including $439.7 million from shipping revenues, $47.4 million from the Clean Truck Fund, and the remainder from rentals, royalties and fees, and other operating revenue categories. Operating expenses are forecast at $334 million.

Among key project funding is $38.4 million for LA Waterfront improvements, of which $25.3 million will go to the Wilmington Waterfront Promenade project. Funding for terminal construction projects in the coming year include $34.3 million for the Pier 400 Corridor Storage Track Expansion and $17.4 million for improvements at the Shell and PBF marine oil terminals.  Since FY 1998/99 and projecting through FY 2025/26, the Port will have invested more than $4 billion in its capital improvement program.

Among the environmental programs in the FY 2022/23 budget is the Clean Truck Program, which will use fees collected to promote and incentivize the phase out of older, more polluting trucks serving the San Pedro Bay port complex. The budget also includes support for near-zero and zero-emission technology demonstration projects. The Port is currently either leading or participating in 16 regional projects with multiple partners and global brands to demonstrate low NOx and zero emissions trucks, yard tractors, forklifts and other equipment.

The busiest seaport in the Western Hemisphere, the Port of Los Angeles is North America’s leading trade gateway and has ranked as the number one container port in the United States for 22 consecutive years. In 2021, the Port facilitated $294 billion in trade and handled a total of 10.7 million container units, the busiest calendar year in the Port’s 115-year history. San Pedro Bay port complex operations and commerce facilitate one in nine jobs across the counties of Los Angeles, Orange, Riverside, San Bernardino and Ventura. 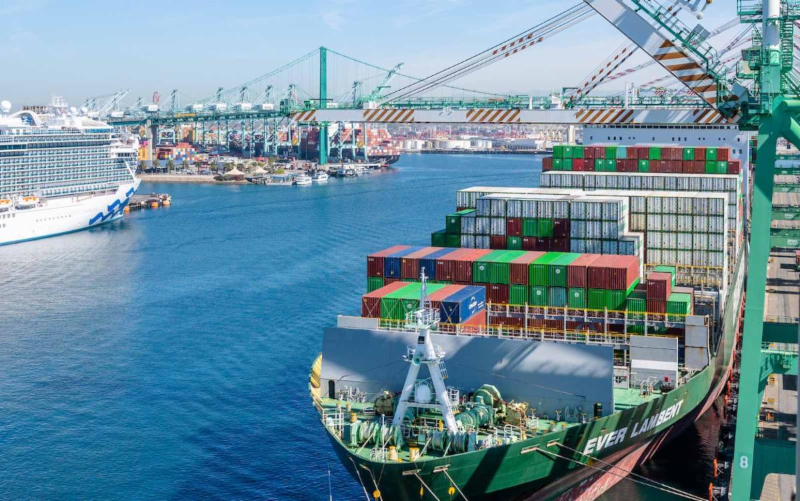