The 1,000t SWL Goliath Crane used to support the build of two of the UK Royal Navy’s QE Class aircraft carriers has completed its work on the projects and is available to the global crane market to purchase.

The crane was manufactured by ZPMC in China and was erected in Scotland in 2011, where it assisted the building of the aircraft carriers HMS Queen Elizabeth and the HMS Prince of Wales in Rosyth Scotland.

It completed 140 lifts across both ships during the projects, integrating the bespoke sections that comprise the carriers.

The crane, one of the biggest in Europe, was project-managed from conception to operation by engineering support services company Babcock, on behalf of the Aircraft Carrier Alliance. It has a clearance under the beam of 68m and a span of 119m, and is well within its design life and suitable for further large build or decommissioning projects, says Babcock. 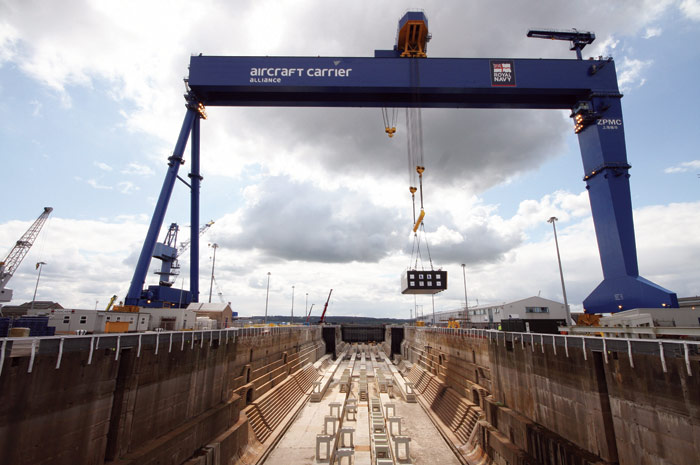