Condra Bulgaria, the European subsidiary of South African crane manufacturer Condra, has received orders worth around €500,000 in the past six months, including further contracts for the ongoing supply of end carriages to crane manufacturers in England and Spain.

The latest order is for components for a 10t overhead travelling crane delivered to a Russian company, where customer support is being supplied by Energoprofit Moscow, Condra’s newly-appointed agent in the country.

The orders are independent to the orders previously placed by Russian companies with Condra’s South African parent company. The Bulgarian subsidiary was established to bring manufacturing capabilities closer to the Russian market, says Condra, with Energoprofit Moscow has been appointed to deliver technical support and after-sales service directly the country.

Condra’s Russian market share would be helped by the certifiably lower overall lifetime costs of the Condra product, said Dyankov, citing exampled such as cost-reducing product improvements such as live-axle drives instead of ring-gear designs, and the introduction of adapted V-belt technology already proven in the motor vehicle industry.

“Component manufacture in South Africa has for several years made use of high quality materials, such as a 36B case-hardened material on most pinions,” said Dyankov.

“This is an expensive material, but it is beneficial in extending crane lifespan.

“A further example can be found in the high tensile-strength ropes fitted to hoists.  These have a smaller rope diameter, which enables use of a reduced drum diameter and a more compact gearbox and motor, all of which help contain costs.

“These benefits are now available to the European market through Condra Bulgaria, where I believe they will contribute to a sustainable competitive advantage into the future.” 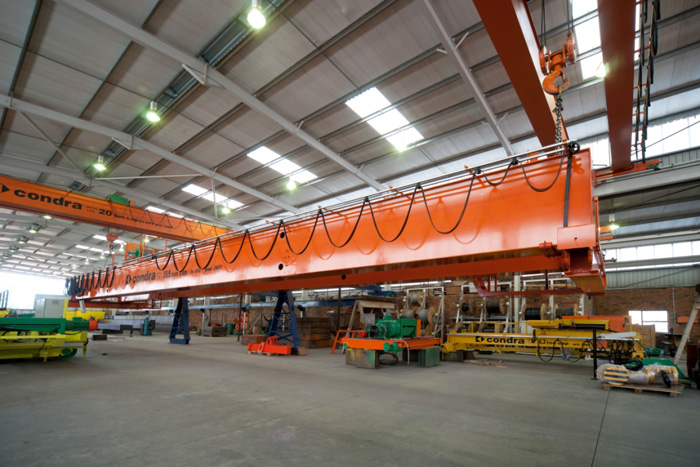