A parliamentary reception was held at the Palace of Westminster on behalf of the Lifting Equipment Engineers Association (LEEA), to celebrate the organisation’s 75-year anniversary.

The reception was hosted by Jonathan Djanogly, MP for Huntingdon, and was attended by 170 guests from the lifting industry.

“I am pleased to help LEEA recognise and celebrate its 75th year,” said Djanogly. “I don’t believe that there can be many trade associations, which continue to grow 75 years into their existence. On my initial visit to the LEEA training centre I was struck by the fact that my constituency was the centre of the global Lifting Industry.

“I certainly hope that this is the beginning of a long and mutually beneficial relationship between LEEA and myself. For MPs, it is important to ensure that we stay engaged with the real world economy. As I look to the projects and solutions which are being introduced today, I see a strong future for LEEA and I hope to assist you and your Association moving forward.”

Paul Fulcher, chairman of LEEA, thanked Jonathan Djanogly for hosting this reception and, on behalf of the Board, thanked guests for their support.

“A 75th anniversary is no mean feat, and for a trade association such as ours it is worth highlighting how far we have come,” said Fulcher. “On 3 June 1944, nine people from eight companies met in East London to discuss their common concerns and how they might work together to address them. Over the intervening years our association has changed its geographical focus from London to Great Britain to being the global organisation we are now.

“Our association exists to raise standards in our industry, but also in the supply chains we serve. We show our LEEA membership with pride.  It is evidence that we are keeping the highest standards, that we have a determination to further improve, that we treat our people as our colleagues, that we invest in skills as much as technology, and of course it means that we have survived the LEEA audit!”

Speakers included Karen McDonnell, a policy advisor to the Royal Society for the Prevention of Accidents (RoSPA) and a former president of the Institute of Occupational Safeyt and Health, who discussed the ongoing challenge of raising standards and safety; Ross Moloney, CEO at LEEA, who explained LEEA’s legacy projects of its anniversary celebrations, which are Think Lifting, the LEEA Apprenticeship, and the 75:75 military transition project. 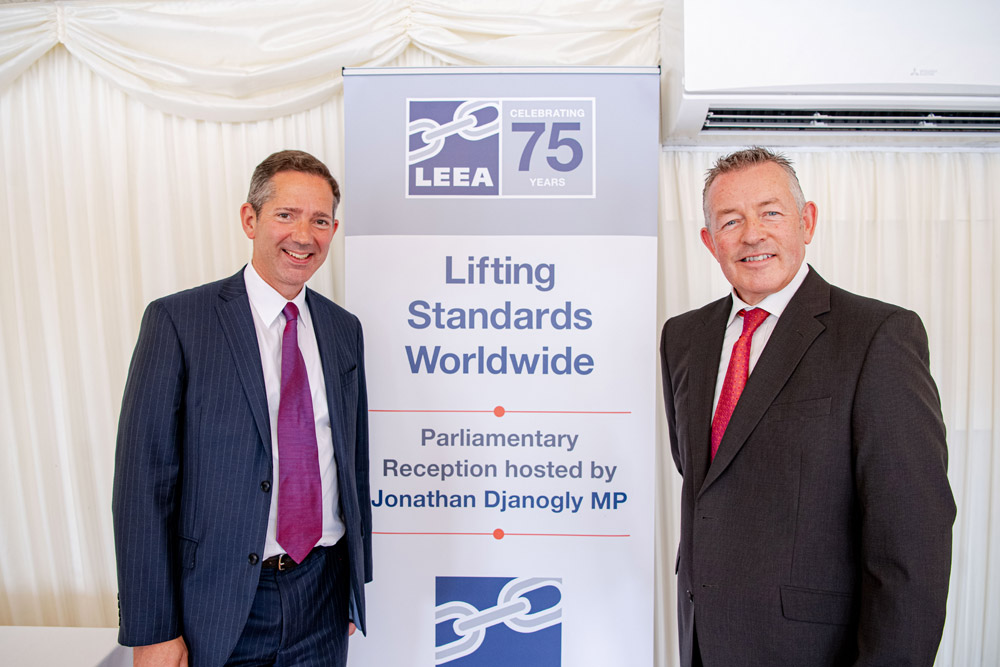