A foot-mounted hoist on each crane moves between two girders arranged as an extendable boom beneath the main frame. A Condra spokesman explained that the crane design makes use of limit switches to prevent any possibility of long travel while the boom is extended. Travelling with an extended boom would damage the building.

Condra used K-Series hoists foot-mounted on underslung crabs to achieve the most compact possible machine dimensions. Variable-speed drives have been fitted to achieve speeds of up to 4.5m/min on the lift, 20.2m/min on the cross travel, and 30.7m/min on the long travel.

The company predicts the variable-speed drives will deliver improved productivity as the machines being replaced only offered two-speed operation. Travel on the telescopic boom will be 4.3m/min.

“From an engineering point of view, we found these machines very interesting to design and make because of the telescopic capability,” said Condra’s spokesman.

“The main and telescopic sections are independently mobile, and designed in such a way that long-travel movement will automatically halt if the telescopic unit is near a column.

“The design is also extremely compact to maximise lift height. Optimised safety and reduced maintenance were incorporated throughout this design.” 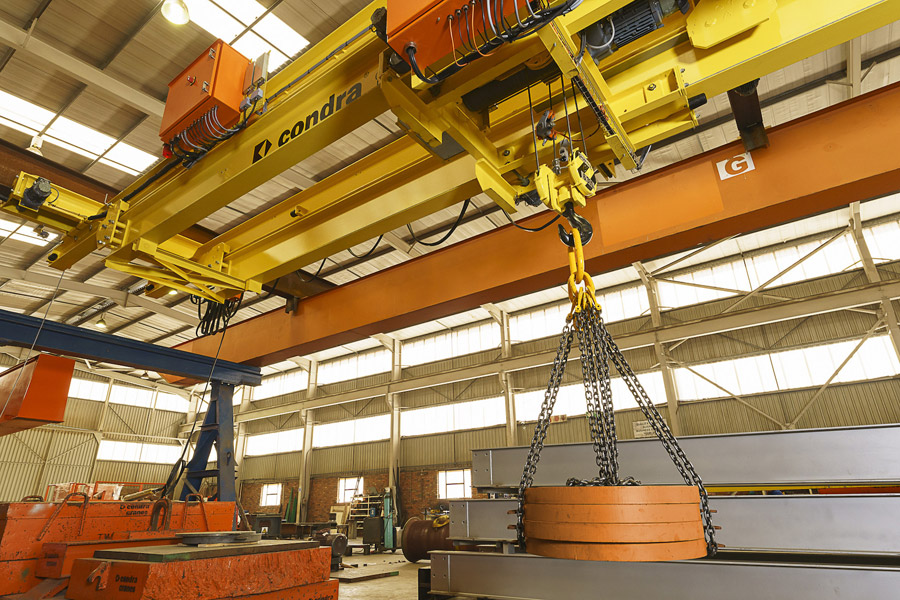