UK-based Lifting Gear & Safety supplied a Porta-Gantry manufactured by Reid Lifting to a group of organisations who worked together to rescue a seal pup trapped among boulders on the south coast of Wales.

The seal was trapped under boulders on an uneven surface; a rescue team at the Royal Society for the Prevention of Cruelty to Animals (RSPCA), working with the Royal National Lifeboat Institution (RNLI), British Divers’ Marine Life Rescue, Sea-Lift Diving Ltd, Associated British Ports (ABP) and Neath Port Talbot Council, required a safe lifting solution to remove the boulders without harming the pup.

Lifting Gear & Safety recommended the use of the Porta-Gantry, which has a 5t working load limit; the boulders were estimated to weigh around 1t. The seal was nicknamed Miracle by the volunteers working on the project.

Nick Battersby at Reid Lifting said: “Further to the versatility demonstrated by such a unique application, the seal pup rescue also showcased how a rapid response to an emergency or unscheduled situation can be delivered to an end user through our rental partners. It is also uplifting that the Porta-Gantry is now associated with a human-interest story that led to the rescue of a seal pup that captured the hearts of everyone involved with the project—and further afield, as local and national media covered what turned out to be a significant rescue operation.” 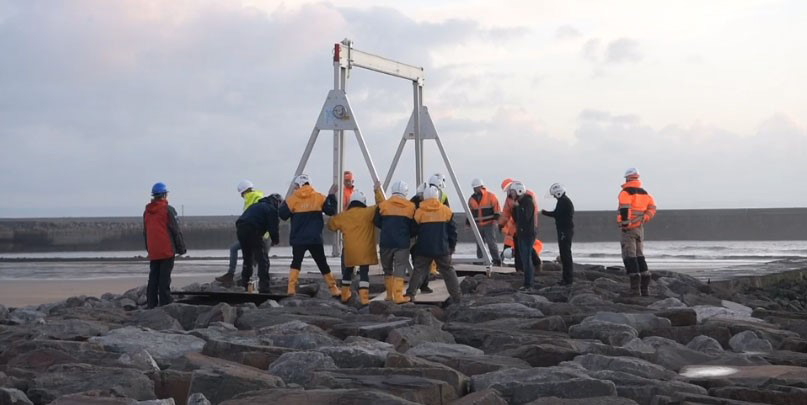