A Japanese sculptor who creates stainless steel installations weighing 5t or more has used many Kito hoists over the past 20 years.

Daido Nakajima’s studio in Azumino, Nagano Prefecture has the Northern Japan Alps as a backdrop. Originally working mainly in wood before learning to weld, the 76-year-old now works almost entirely with stainless steel.

Nakajima’s sculptures can weigh over five tonnes and he has used many Kito hoists over the years to assist in manoeuvring his giant creations. Moving large parts up and down for assembly is achieved with the use of electric chain hoists. He then switches to manual hoists for more precise positioning adjustments.

The artist believes “a monument without impression equals nothing” and now produces massive stainless-steel sculptures which are appreciated as local landmarks in parks, schools and other public areas in Japan.

It has been reported that the touchstone for his work is his belief that the sculptures have overwhelming presence. “Only the beautiful ones, those with a strong presence, survive the times,” he said. 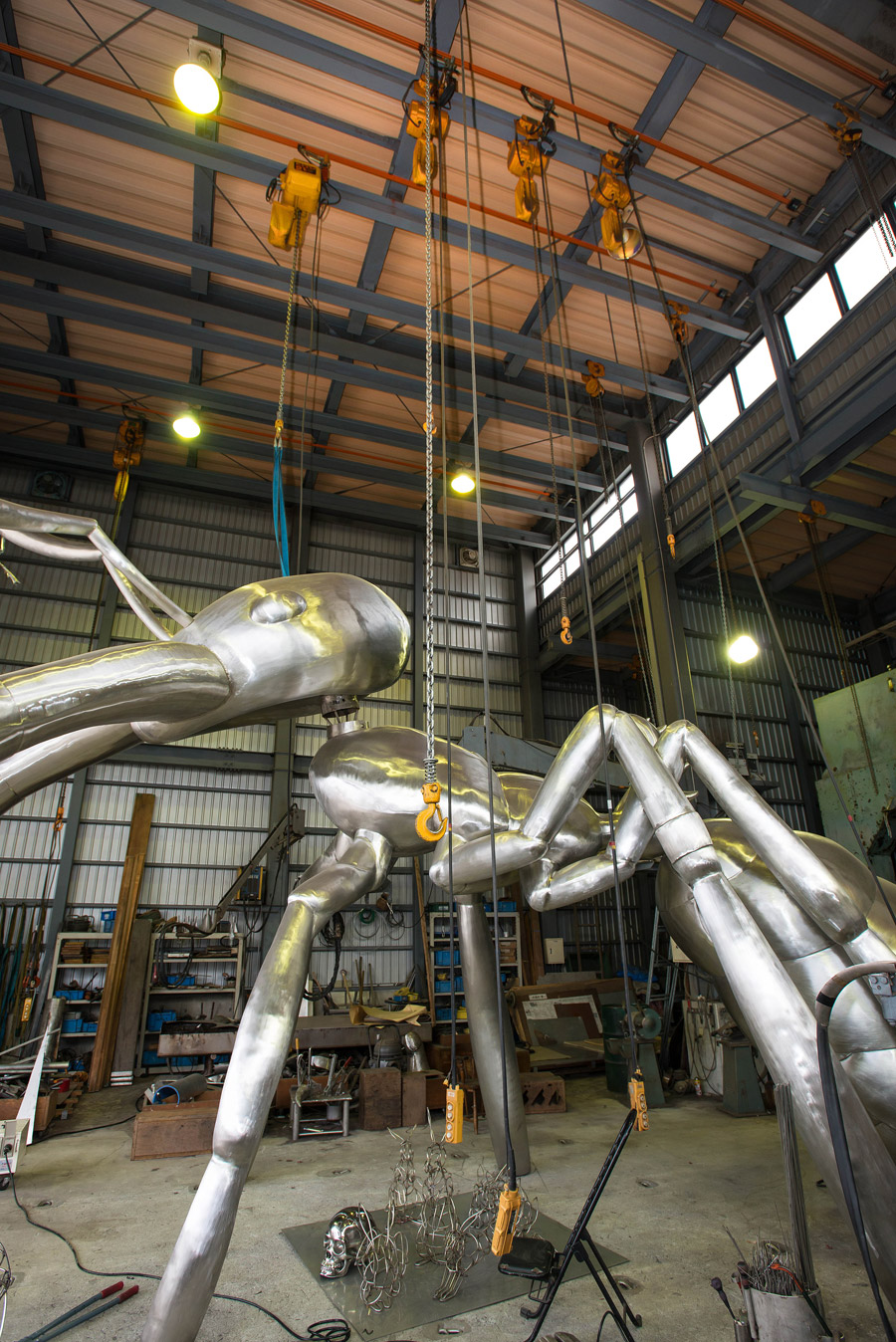