Spain’s GH has introduced its Twin Hoist system, based on two synchronised hoists and designed to offer improved safety, performance and efficiency.

The innovation, which was launched at the CeMat exhibition in Hanover, Germany at the end of April, works in collaboration with GH’s Coreplus to provide synchronised lifting from the two hoists.

Based on standard hoists manufactured by GH, the Twin Hoist provides vertical lifting without lateral displacement; a reduction in the stress on structures caused by starting and braking during lifting; and increased safety, and in the incident of one rope breaking, the load is still suspended by the remaining three ropes.

Other benefits include low speed regulation through the variable frequency inverter; increased speed by up to 50% for loads up to one-quarter of the rated load; a built-in anti-sway system; a rope safety factor of 5, in accordance with the guidelines of the European Machinery Directive and CMAA standards; and the options of a drum brake for emergencies, and safety cable for special applications.

GH has also made its regenerative inverter an optional feature on all of its standard hoists, having already used the technology in special projects.

The system enables the hoist to recover and store the energy generated when braking is applied to the load, allowing the power to then be used elsewhere. The networked module connects to the DC bus of an frequency converter and to the electricity network, and when the motor starts to function as a generator, says GH, the equipment returns the electricity to the network, rather than dissipating it as with braking resistors. 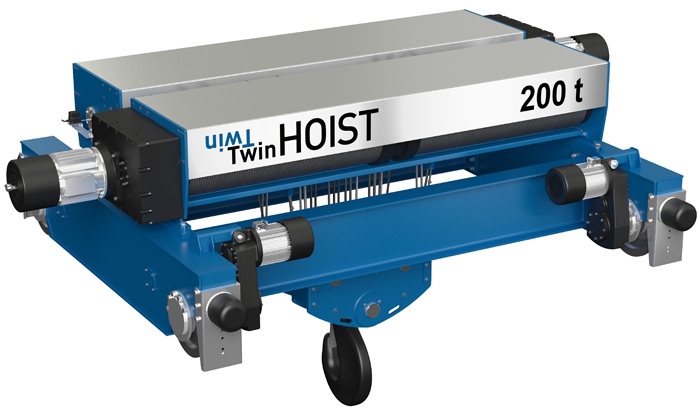