Demag has launched its DCBS range of electric chain hoists. The models offer a compact design and smart control system, designed to make material handling and assembly processes more simple and safer, and are available with safe working loads of 125kg or 160kg.

The range of variable-speed chain hoists is based on the company’s DCS range, and incorporates the Demag D-Grip Servo control handle. The DCBS also includes an integrated balancer function, which has been adapted from the Demag D-BE electric balancer and enables loads to be guided without the need to actuate the controller, says Demag: the operator moves the load to the desired height with minimum effort and can position it more precisely, using both hands.

In load control mode, integrated load sensor monitors the weight of the load and possible weight fluctuations to determine to desired direction of movement and speed. In assembly mode, which is particularly suited for joining components horizontally, any potential uncontrolled load movements are avoided, make the assembly process easier and preventing damage caused by collisions between components.

The hoists also incorporate a load pick-up mode, designed to be useful when performing tasks such as changing tools or removing parts from jigs or test benches. The balancer can be adjusted so that it only lifts up until a pre-determined force is reached. This enables load handling attachments to be lifted and pre-tensioned, which allows loads to be removed from a jig with dropping or being suddenly pulled upwards, says Demag.

The DCBS also includes a range of features designed to simplify operation, improve safety and reduce maintenance requirements. These include a slipping clutch with automatic cut-out based on speed monitoring, which prevents permanent slipping in the event of overload; because the brake is arranged in front of the slipping clutch in the load-bearing arrangement, any dropping of the load is prevented by applying the brake automatically in the event of a malfunction. 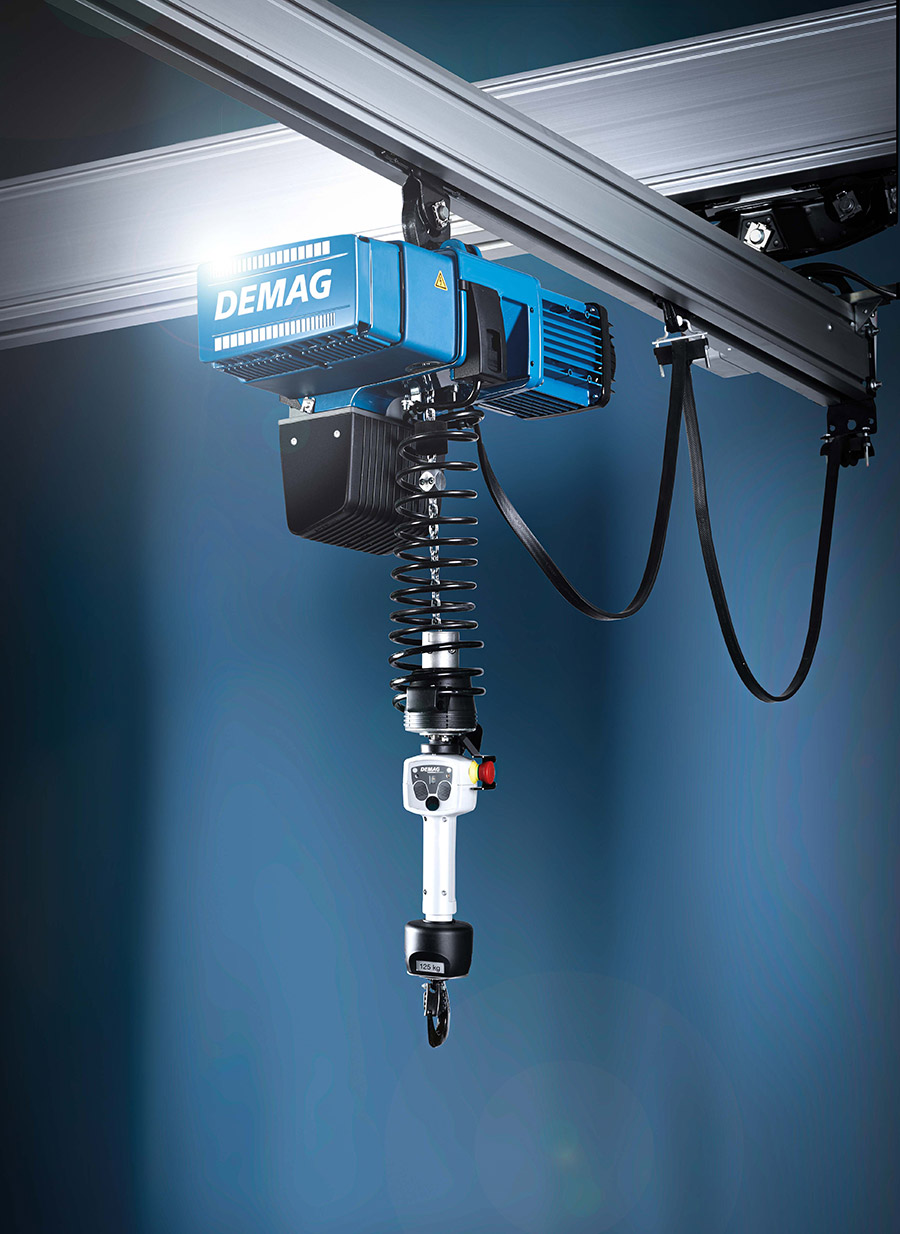