Synthetic rope from DSM’s HMPE fibre Dyneema has been produced for many years, and is now making the move into various specialised applications in the hoist industry. Daniel Searle reports.

Synthetic rope made with Dyneema fibre made its debut in the crane industry back in 2014, in the construction crane sector: US-based manufacturer Manitowoc launched the Grove RT770E at industry trade show ConExpo, fitted with KZ100, a synthetic rope developed with manufacturer Samson.

The headline benefits did not necessarily seem transferrable to overhead crane and hoist applications: the weight savings, of around 80% compared to wire rope, would not translate into a huge weight reduction with the relatively short fall of typical factory cranes, and the torque-neutral construction that eliminates load spin again related to an issue more often caused by long rope falls.

However, a raft of other benefits mentioned suggested that synthetic rope could become a good fit for hoists: easier handling, corrosion resistance, and the ability to operate without lubricants.

DSM Protective Materials, inventor and manufacturer of HMPE fibre branded as Dyneema has been working with Wuxi, China-based Vulcan Cranes since 2016 to integrate Dyneema fibre into hoisting lines for overhead cranes, for use in clean industries. “These include the production of pharmaceuticals, semi-conductors, food, chemicals, and the aerospace, defence and solar power industries,” says Dietrich Wienke, business develop manager at DSM Protective Materials. “Oil used to lubricate conventional wire ropes can contaminate clean operations; some cranes incorporate shields to catch oil drips, which make the cranes more expensive and complex. Synthetic ropes do not need lubricating.”

It is self-lubricated by having a low co-efficient of friction (CoF) at 0.05–0.07, compared to the CoF for steel of 0.74, or 0.16 if lubricated with oil. That synthetic hoist line avoids damage costs and production losses from contamination by steel particles and oil pollutions.”

Cleanroom applications and clean industries are only one application that can benefit from the use of synthetic running ropes in place of steel wire ropes, adds Wienke: “The ropes are chemically stable, so better resist the effects of corrosive atmospheres such as coastal climates and in waste processing facilities, where there is a high ammonia content.

“In some of these applications, wire ropes in hoists have to be replaced every six months, which is costly and necessitates downtime. We had enquiries from biomass plants who want to have to undertake less maintenance.”

Using synthetic hoist ropes in harbour warehouses and on offshore platforms prevents salt-spray corrosion, and in some applications also offers another benefit. For deep sea installation with ship cranes, rope falls can be as long as 3,000m, which with the weight savings offered by Dyneema—it can be up to ten times lighter at the same diameter and length as wire ropes, says Wienke— results in a vast weight reduction. And for any use near water, it can help that synthetic fibre is buoyant—so if the rope does go overboard, it can be retrieved from the surface of the water, rather than sinking.

Weight savings are also relevant to mining applications—there is ongoing testing on an elevator hoist at a mine in South Africa—as well as wind turbines and other high power plants, says Wienke: “Modern wind turbines can be 150m or higher, and that is increasing. When the rope in the maintenance hoist inside a turbine needs replacing, the operator usually has to physically carry that rope to the top—so reducing the weight of these long ropes is very helpful.

“We have also spoken to manufacturers of cranes for hydropower plants, where hoist and crane ropes can be even longer.”

A further benefit for power plant applications is that synthetic hoist rope is not electrically conductive, adds Wienke.

DSM Protective has been working with Vulcan since 2016, and its synthetic ropes have been used commercially for more than a year. The partnership began when Vulcan asked DSM Protective Materials for its best fibre rope that doesn’t require maintenance, and which maintains precision, length and strength: DSM advised on and arranged local rope supply, made from its DM20 fibre.

The process of using synthetic rope in overhead cranes is not always as simple as simply removing the wire rope and fitting a fibre rope. To optimise performance, DSM and Vulcan began by identifying the requirements of the enduse application, and designing a crane prototype. An example of one alteration that can be made is that Dyneema is more flexible than wire ropes—useful in cranes and hoists, where there is a high number of bending cycles—which means rope sheaves can be smaller. Results from the project with Vulcan show that this flexibility, along with reduced vibration and low elongation, increases productivity and improves load handling.

Elongation at break is just 3%, so with a load safety factor of ten, elongation at workload is 0.3%. Unlike other UHMWPE fibre grades, Dyneema DM20 fibre offers ultra-high creep resistance, says DSM, and has zero permanent elongation at the specified working conditions; this maintains precision of operation throughout the lifetime of the rope. 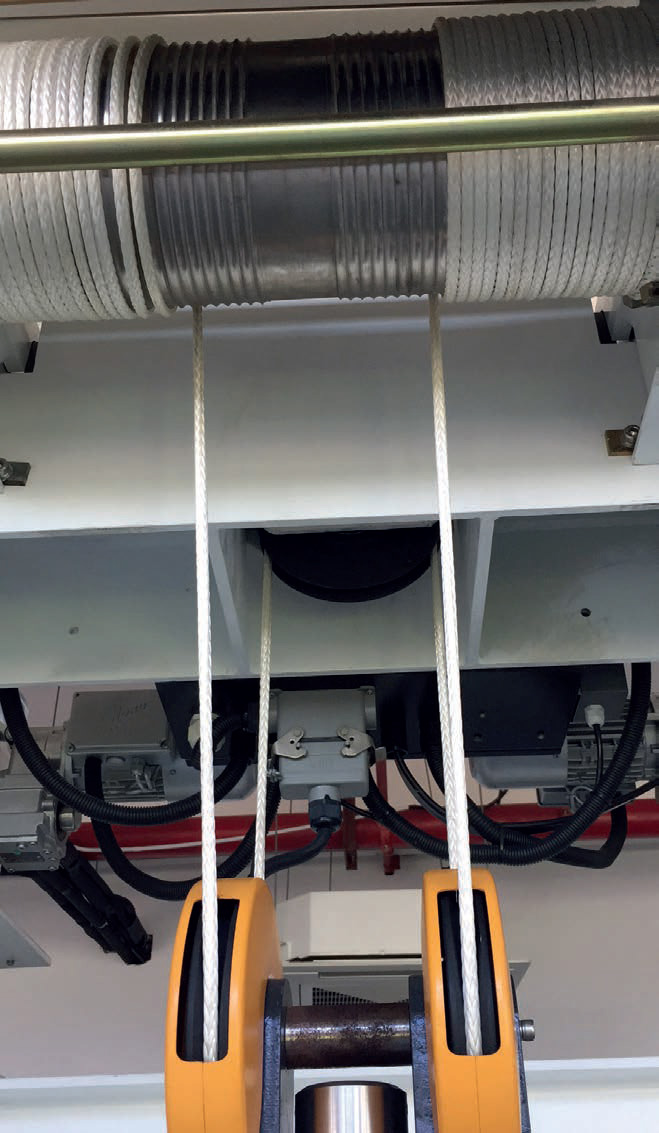 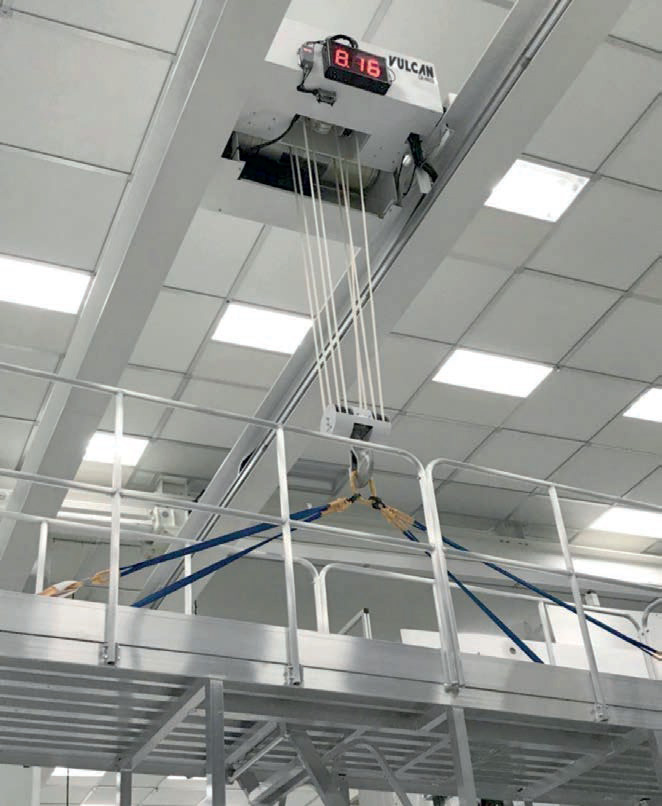