2020 was a year like no other. The pandemic and the prospect of Brexit between them made it a year to remember, though perhaps not for the right reasons. Julian Champkin looks at how the UK lifting market weathered the storm and how it is looking forward to 2021.

2020 was the year of the pandemic. Factories went into lockdown, construction projects were put on hold and manufacturing tried to continue with workforces socially distanced and everyone staying two metres apart.

On top of that hung the further prospect of Brexit, postponed but always pending, with effects unknown and impossible to plan for. Brexit arrived at last on the first day of 2021, but with its effects still largely unclarified and unknown. For the lifting industry, as for so many others the combination made a perfect storm. Very obviously the year has been somewhere between bad and catastrophic for anyone trying to manufacture or sell or install hoists and lifting gear anywhere in the UK; and with the pandemic still with us, and lockdowns re-introduced, the prospects for 2021 seem gloomy.

That last sentence beginning ‘Very obviously’ seems a logical conclusion, but it is wrong. Facts, and the experiences of those at the frontline, paint a quite different story. 2020 for many was a good year and for some was a very good, almost record breaking, year.

“2020 was difficult” concedes Mark Hadfield, marketing manager of Derbyshire-based Street Crane. “From the start of lockdown in March there were so many uncertainties surrounding the pandemic that, like a lot of other businesses, we decided to minimise face-to-face contact with our clients and review our marketing spend. Street Crane continued to operate at full capacity with plenty of new enquiries, certainly, but many projects were mothballed, project managers were either furloughed or trying to manage from home so in many cases it was difficult to get sign-off and it was hard to get projects finalised. ‘Disjointed’ is a good word to describe it. It certainly wasn’t easy.

“And yet the business was still there despite what was being reported by some of the media. People were still trying to get business done; for us, the component side of our business exceeded our expectations throughout 2020. We design and manufacture cranes for the UK market but we also work with a network of more than 100 other crane manufacturers worldwide supplying them with crane kits and components: we supply the hoists, electrics and other key crane components and they manufacture the beam locally incorporating our kit, and for them, business did not seem to decline.

“And now, in Britain, with a vaccine being rolled out and a Brexit deal finally agreed, it seems to have raised people’s hopes with the feeling that there is light at the end of the tunnel. This has opened the floodgates with enquiries for us and business is doing very well. Long may it continue.

“Historically we tend to see a decline in orders towards the end of the year where clients find money is tight just before Christmas, but after that a lot of businesses are in the position to spend their budgets before the end of the financial year in March. So in January and February we would normally see a wave of new enquiries and crane orders but this year Brexit has amplified it to almost an extraordinary extent. Now they are spending. So 2021 looks promising.”

He is far from the only happy manager. Street Cranes is a major manufacturer with worldwide sales and distribution but the effect spans the size range. Rob Muir runs the much smaller family-owned Hoists & Cranes UK, which from its base in Dorset supplies and installs and inspects lifting equipment throughout the UK. “On the first day of the lockdown in March I was working on a rooftop installation in London,” he says.

“I had been the only person on the bus getting there, and from the roof I looked down at an empty pavement below me. I thought ‘There is clearly going to be no business for a while here’ so I put myself on leave for a month. As soon as I came back I was flat out, and I have been flat out ever since. And now, at the start of the year, I am fully booked for six weeks ahead.

“In the industry market, and in compliance and inspections, nothing has changed. We do LOLER compliance inspections; and hoist owners can defer those inspections if the equipment is out of use. I was expecting many deferrals from regular customers whose manufacturing might be on hold, but that has not happened either. I am still being asked to carry out those tasks. I think the general philosophy is ‘You have to keep going somehow’, and people have been doing that, finding ways to carry on working with social distancing in place.

So for 2021 I am optimistic. There are a couple of big projects that we are bidding on. We are in a time when doing as you have always done will not be enough but as long as you are flexible, and are willing to diversify, the opportunities are there.”

Ian Watson is MD of Merseyside company Linian Crane & Hoist, and finds similar sentiment among his clients. “Many got by in 2020 on service work,” he says, “but we concentrate on selling new equipment. That means we saw a fall in orders in 2020 with the pandemic; but it is coming back now. I think people are realising that things have to go on: you cannot postpone things forever and at some point you have to move forward. That point has now come: for us it seemed to coincide with the new year. Now people are playing catch-up: with regular customers and some new orders it is almost back to business as usual. Brexit does not seem to be having an effect; from my own experience and from talking to colleagues I don’t believe that engineering is going to be badly affected by Brexit.

“And even during 2020 money was being spent and there were good contracts around. Among other projects we installed a jib crane at a water industry training facility, and a new lifting beam for baggage-handling at Manchester airport; another project was an underslung crane with a cantilevered bridge beam in a university clean-room, and just before lockdown a one-tonne jib crane in a granite and marble factory near Brighton.

And there were private clients who were spending also. For a client in Cornwall we installed a lifting dance floor over a swimming pool in his new fitness suite extension.”

Hamilton Pow-R-Safe Systems manufacture conductor rail, C-track and catenary wire systems for the crane and hoist industry. “Last year was as good as any, to be honest” says Ryan Jones, head of sales. “It was slow at first then it returned to normal again. So it was patchy, but not bad. Demand held up. We have our own conductor bar system, which was well sought-after, and we do complete systems as well. Manufacturing was not a problem either: we do all our manufacturing in-house but we have a large factory building that has plenty of space for social distancing at work. So we have not seen a big difference from the pandemic really.”

And for some, the restrictions and changes brought about by the pandemic have turned out to be altogether beneficial. LGH, formerly Lifting Gear Hire, is a major company which has found the Covid and lock-down precautions it has had to adopt have actually led to improvements.

Andy Mault is its CEO. The family-owned company has its roots in Manchester but now has centres in Europe and North America as well. Founded in 1970, LGH was preparing to celebrate its 50th anniversary in style in March 2020 just as Covid struck. “So our celebrations were a little muted” says Mault.

“In those first few months projects were delayed or cancelled. We had to furlough some staff, but by June things were picking up again and they were back at work. Now in January 2021 we are 60% behind where we should have been, but we are expecting to make that up by the end of the financial year.

“Like everyone else we have had to adjust to the new normal. Sales reps could not go to sites or have face to face meetings with clients; spontaneity, with informal and productive to-and-fro in conversation, got hit badly. But we made the necessary changes quickly. Our offices went over to home working. We got an online Teams video-call system set up. And we found, unexpectedly, that the changes actually improved our communications within the company.

“We have bases all over the UK, from Scotland to Cornwall, and the video calls let us all put faces to names that we just used to e-mail. It is the same with our European and US teams. We could get hold of our colleagues almost whenever we wanted them because they were working from home rather than out and unavailable at site meetings. Our workshops are large and well-ventilated, so with PPI and similar precautions staff there were able to get safely back to work. Some staff were selfisolating; but again in a curious way that brought us all the more together. We set up weekly communal communications sessions; meetings became much more focused when they were virtual on-line, and so they were shorter and more efficient. Some clients temporarily put their projects on hold, which meant that we could spend longer on video-meetings with those who were still working, and so formed closer relationships with them.

“Many of those things will remain, we hope, post-pandemic. We spent some money on heath precautions, but we have saved much more on things like travel, and we are much more efficient now. All those have been benefits. So as well as the public health protection of the lockdown there have been some other positives from it as well. There are negatives also. We lost the ‘photocopy machine huddles’, those exchanges that help make the social side of a business. So we are trying to do things to keep the social interactions ongoing.

“Enquiries in the first two months were not kicking cans, they were serious, not fishing expeditions for prices. Enquirers needed the equipment, and needed it immediately, for projects that had to continue through the lockdowns – and which were therefore important, indeed often essential, and frequently connected with the pandemic. So we have done lifts at the new Nightingale hospitals, and to assist the police communications networks. Aside from Covid, the offshore oil and gas market has been weak in 2020 but offshore wind continued to develop. Construction and Infrastructure now seem to be fairly stable.

“Shift patterns have changed. Our supply chains have held up, in part because our European operations have their own fleets so we have not had to rely on outside hauliers. Similarly Brexit was a consideration but again because we are an international company with bases throughout Europe as well as in the UK that has not led to delays. It has added another layer of complexity in paperwork, though. Enquiries are still coming in from Europe, so clients there are not being deterred by Brexit.

“The pandemic and the support measures that it needed have clearly cost many millions of pounds. We have concerns about how the government will act to recover that money: we don’t want to see rocketing corporation tax and VAT to get it back. But 2021 is looking good. One reason for confidence is that LGH is a family firm, which gives stability to the company. Family-company owners are known for having a solid long-term vision, which allows us to continue to evolve at a steady pace even in stormy times.”

Times, as we said at the start, have been stormy; but the lifitng industry does seem to be weathering it well. 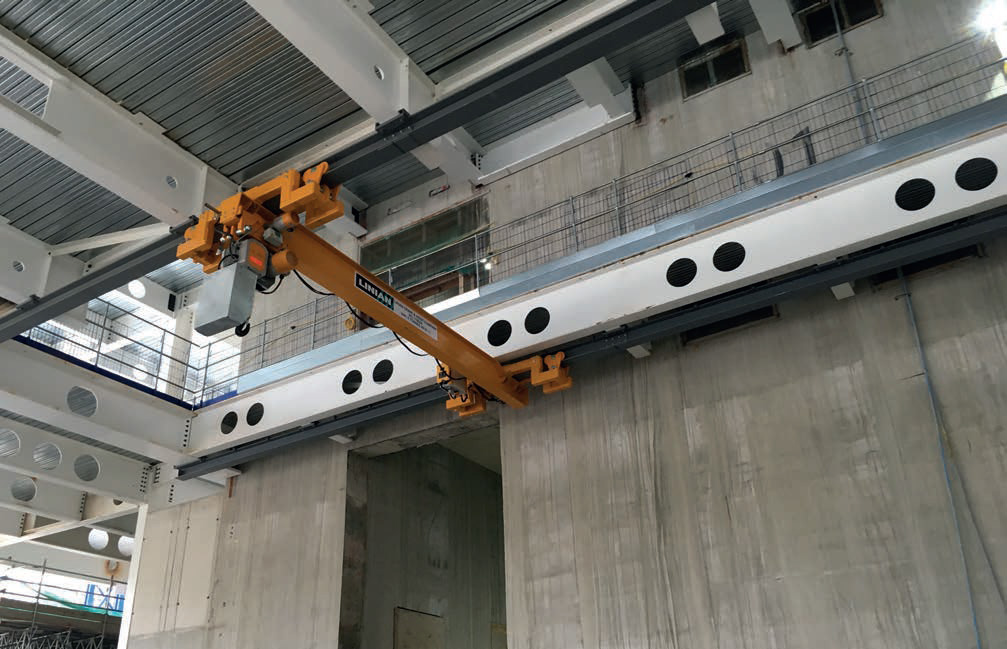 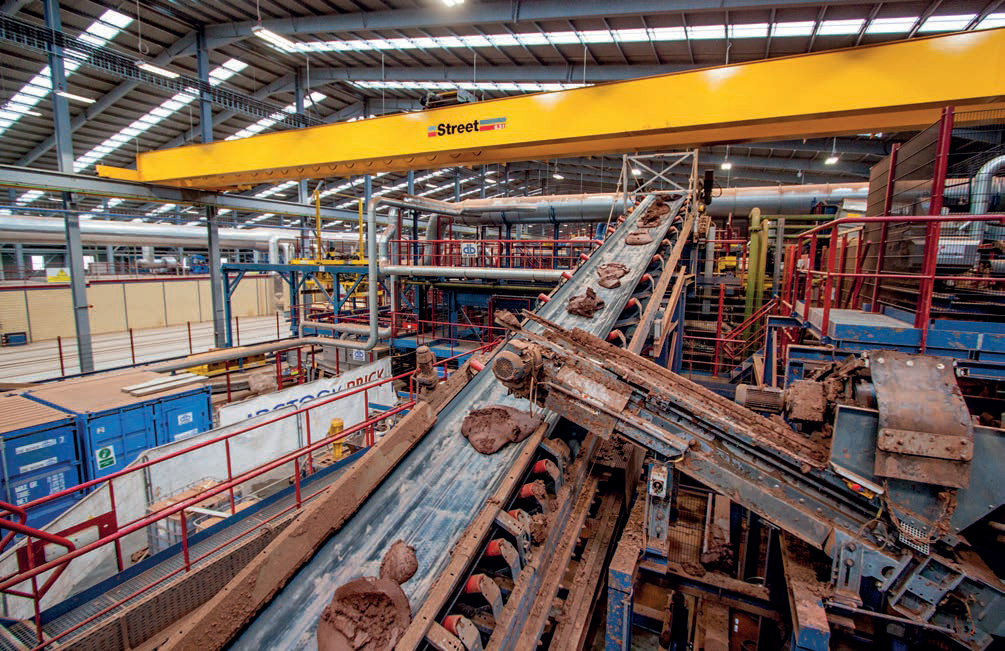 A Street crane at Ibstock brick makers in Leicester 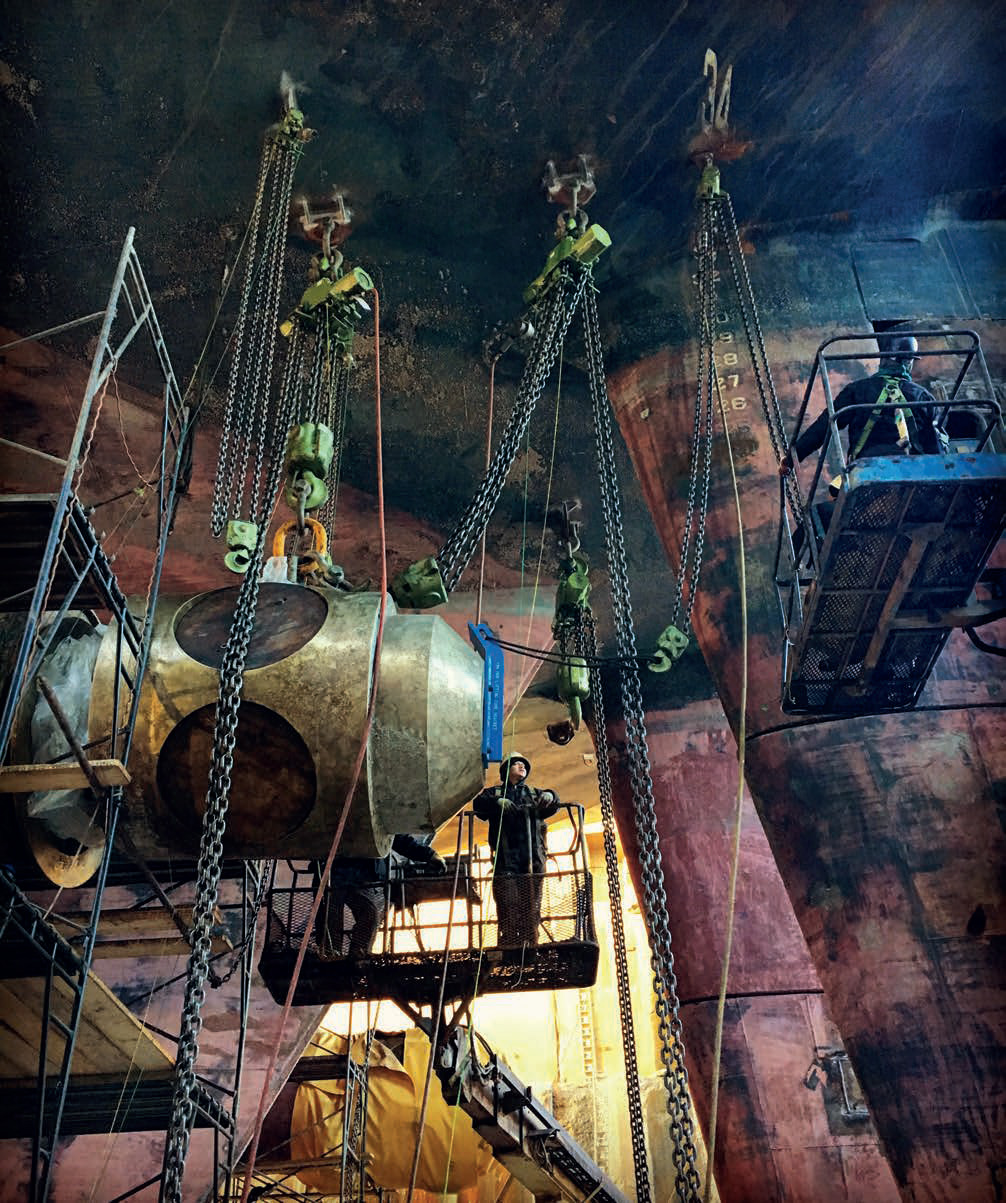