A ship-to-shore crane constructed at a port in Lisbon had to be jacked up and moved to its final position on the quayside.

Steel construction experts URSSA have constructed a ship-to-shore crane at the Port of Sines, 150km south of Lisbon in Portugal, working with ALE.

The Port of Sines processes over 50m tonnes of cargo each year from more than 2,000 vessels, and is now using an investment of more than €1bn to enhance and expand its quay and handling equipment.

As part of the expansion, URSSA were contracted to build a new ship-to-shore crane. ALE then worked on moving and assembling the crane, which was received in a state of partial assembly; the boom had been preassembled at ground level, while the legs were upright. ALE jacked up the boom structure of the crane at its fabrication location, then skidded the crane to its final position on rails next the edge of the quay.

The 910t boom structure was first lifted using a combination of strand jacks with capacities of 70t, 200t and 500t, positioned on top of the crane’s legs. This required weeks of preparation from ALE’s engineers, said the company, due to the 143m length of the boom. Using this preparation, ALE was able to complete the repositioning of the boom within three weeks of arriving on site, after which the 16 strand jacks were removed.

ALE then had 20 hours to skid the crane 170m to its final location, using an amended route to stay within ground bearing pressure guidelines, which is crucial to the port’s handling operations, said ALE. As a result, the first 75m of the skidding manoeuvre was diagonal, avoiding several underground galleries close to the crane’s rails. 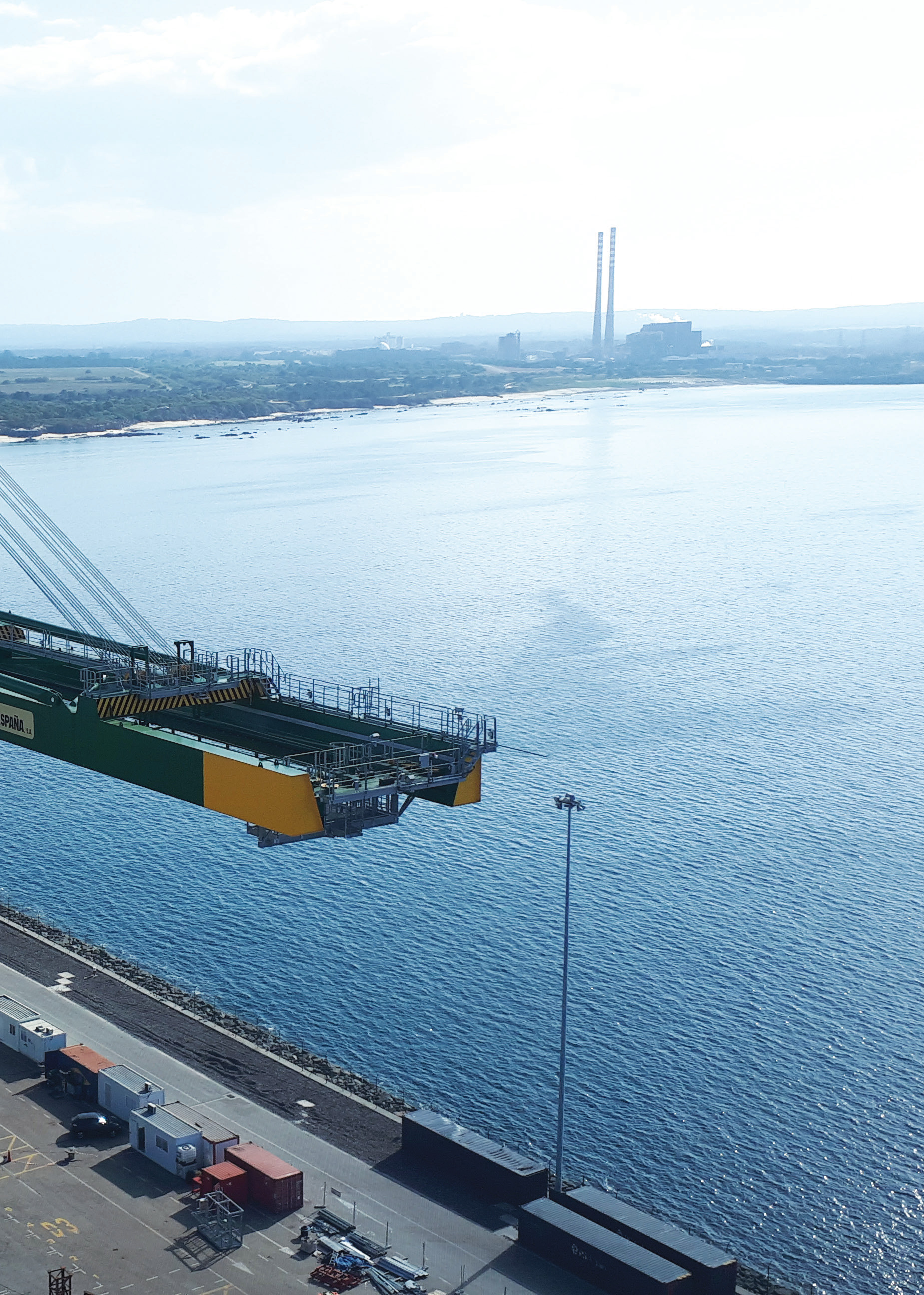