The UK arm of PaR Systems has provided nuclear reprocessing plant Sellafield—located very close to PaR’s facility in Lillyhall, Cumbria—with highly-specialised lifting and handling equipment since 1984. The company is now looking to expand its UK expansions to mirror the diverse range of sectors it serves in the US market.

“We supply cutting edge equipment and systems to diverse customers such as the US Navy, and global leaders in life sciences, the aerospace sector, automotive, heavy equipment, and nuclear sectors,” says Jon Sakry, president of handling solutions at PaR. “Our customers are companies who require equipment to operate 24/7, for ensuring the safety of the load, as with nuclear power plants, or for ensuring the safety of their staff.”

The US market is currently strong, says Sakry: “The current administration is helping, in terms of more government spending. There’s a huge backlog of aircraft orders extending into the next eight years and increased interest in the space programme both with NASA and private companies such as Space X. For US Navy ships, where government spending is also strong, we supply equipment such as anchor systems, steering gears, and elevators for people and fighter jets.

“The food and beverage industry is spending too—the sector is constantly introducing new products and lines, which requires changes and updates to production and handling systems. “Overall, the economy is doing well; everyone is spending. And due to the diversity of our business, if one sector declines, others will be up to counter it.” PaR started operations in 1961, and today has a team of 425 staff, with around threequarters in engineering and technical roles.

The UK arm has a team of 18 and is growing quickly, with 50% year-on-year growth in turnover for the last three years, and now the new facility, set up in April.

The premises includes a 200sq m workshop and a 600sq m rig hall, as well as an inactive ‘hot cell’ that mimics the conditions of handling operations at nuclear reprocessing and laboratory facilities with master slave manipulators, tele robotic manipulators and crane systems, all viewed through small windows, to trial new equipment and decommissioning processes. The rig hall had a 10t doublegirder overhead crane fitted, which required additional steelwork to be installed, says UK managing director John McGibbon.

“The UK arm of PaR was previously only working in the nuclear sector, but we’re now looking to expand into serving other areas with our expanded specialised crane offering, including the automotive industry, the steel and aluminium sector, and the printing industry,” says McGibbon. “We cover design, assembly, testing and lifetime service here, focusing on bespoke systems for specific handling applications. Crane design, and refurbishment, is one of our growth areas. One of our key differentials is the motion control offered by our ExpertOperator system, which can be fitted to any crane with a frequency inverter on long and cross travel drives.”

On being given a demonstration of the ExpertOperator suite by chief technical officer Khalid Sorensen, the benefits of the software become clear.

“It’s the only sensorless anti-sway system in the world,” says Sorensen, who developed and commercialised the system in 2008, before PaR acquired the technology in 2013 and deployed it on a larger scale. Now, says Sorensen, many global manufacturers use it as standard. “It’s compatible with any load and any rigging set-up,” he explains, before a handson demonstration of transporting a load through a short obstacle course illustrates how effective the anti-sway system is. Further elements of the ExpertOperator software include CraneVision, which uses a camera on the hoist to detect and prevent unsafe lifting scenarios such as sideloading by automatically centring the hoist over the load. This prevents the load from swinging when lifted, eliminating associated safety issues. Adverse motion caused by an accidental snag is also prevented with CraneVision. The system prevents the operator from traversing or lifting further until the issue has been resolved.

SafeMove zone control allows supervisors to set virtual boundaries that restrict movement of the crane outside of defined safe regions—these are not limited to rectilinear shapes as with limit switches, notes Sorensen, but can be any shape. Finally, AutoMove provides automatic and precise hook motion that can move a load from one point to another—via a number of ‘way points’, if required, to navigate around obstacles. This removes the potential for human error, improving safety, says Sorensen.

“The system offers a number of value propositions,” says Sorensen. “In terms of safety, it prevents over 95% of incidents that typically occur in industrial settings. It increases productivity, with movement times being reduced by between 10% and 50%, depending on the initial level of experience of the operator. It also increases efficiency of training operators, making the learning speed around eight times faster.

“Maintenance is reduced on critical drive train components because the system issues motor-actuating commands that are more energy-optimized than those issued without the system. Pragmatically, this reduces the number of start-stop transitions by 70%, and eliminates reverseplugging altogether.

“The benefit of sensorless anti-sway is that it performs consistently irrespective of hoist length or rigging configuration. This is not true for sensor-based systems. With our sensorless technology, there is no need for the operator to ’dial in’ load and rigging information before a lift, which is inconvenient and prone to error.” With the UK arm set up well and ready to expand, there is also potential for growth in Europe, says Sakry: “We would like to grow throughout the rest of Europe—the after-market sector is a big growth area, covering maintenance, service, and upgrades.” 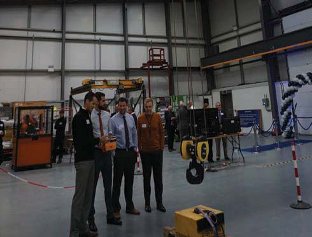 Visitors to PaR’s UK facility opening getting a hands-on demonstration of how the ExpertOperator suite assists the operator. 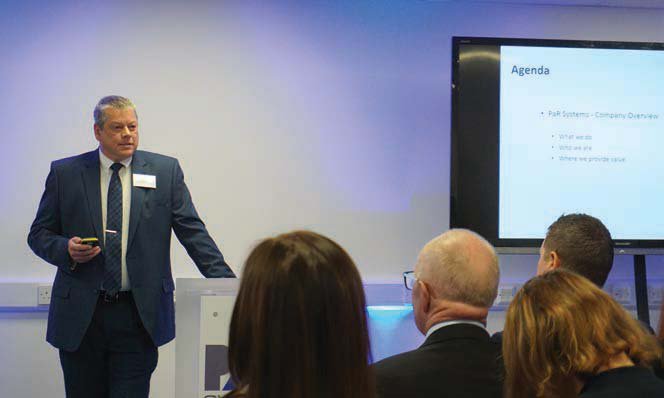 Jon Sakry, president of handling solutions at PaR, giving more information on the company’s plans to guests at the opening event. 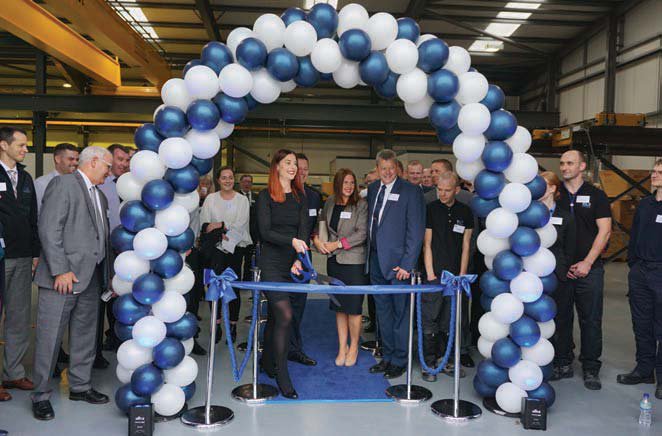 Scissor lift: the grand opening of the UK facility is completed. 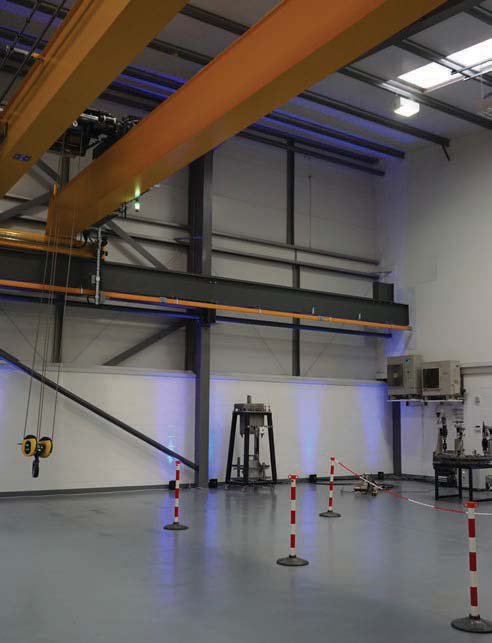 The obstacle course set out in PaR’s rig hall, where the benefits of the ExpertOperator anti-sway system were presented.