Reid Lifting has partnered with stone carver Carrie Horwood to supply a Reid Porta-Gantry 5000 to lift and secure a war memorial at Carrie’s Cat’s Eye Carving studio in Lydney, with representations of two soldiers from Mitcheldean and Abenhall, UK, with names and dedications to the fallen.

At nearly 3m high and weighing almost 4 tonnes, the stone memorial was too big to stand upright inside the studio, but too heavy to be propped outside without being secured. Nick Battersby, the founder of REID Lifting, happened to be visiting one day when Horwood was drawing out her design and when he heard her concerns about how she would lift the stone once it arrived, he suggested that Reid Lifting could help.

In response, Reid loaned Horwood a Porta Gantry 5000kg Extra Tall model with wind-up jack legs. This not only lifted the stone upright off the lorry but held it safely in place during the months it took to complete the carving. Lightweight and portable, it took two people less than half an hour to assemble the gantry and secure the stone using a 5-tonne block and tackle kept under tension.

Because the Porta Gantry is on castors, the Reid team were able to move it halfway through the project when the World War 1 side was complete and reverse the stone so that the World War 2 side could be carved as well.

“I was struggling for ideas on how to secure the stone for the carving and had even contacted the local regiment of the Royal Engineers to see if they could help, but without any success. I am so grateful to Reid Lifting for coming to my rescue. Nick Battersby put me in contact with sales engineer Alek Cooper and he was fantastic throughout – even sourcing a different size gantry for me when the quarry supplied a heavier weight of stone to what we had expected,” said Horwood.

The finished memorial is being installed in Cross Gardens in Mitcheldean, adjacent to the village’s parish church. 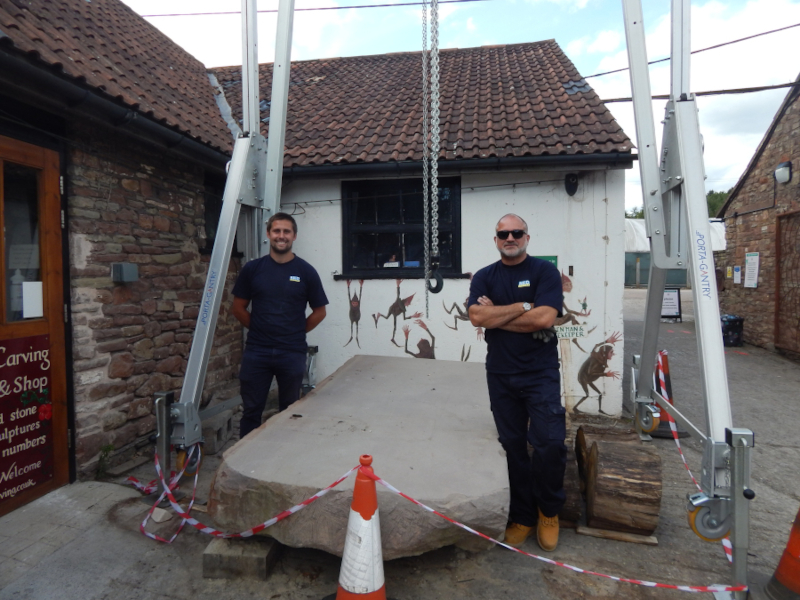 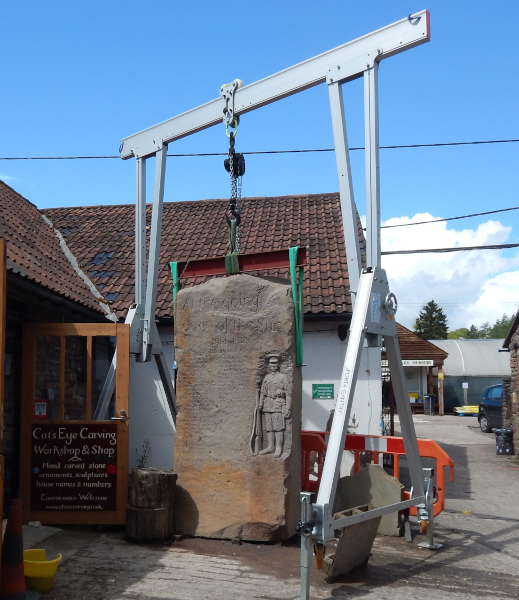